Phelps 'sick and tired of getting whupped' | Newsmobile
Wednesday, August 10, 2022

Home Sports Phelps 'sick and tired of getting whupped' 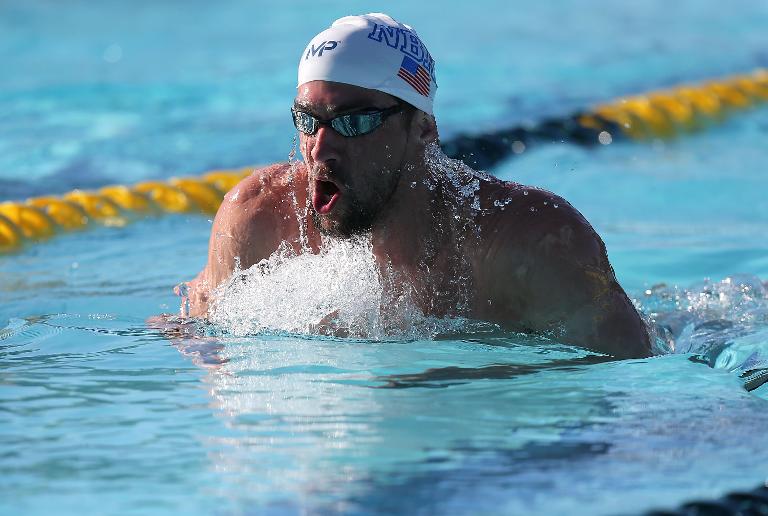 Olympic superstar Michael Phelps says he is “sick and tired of just getting whupped,” as he tries to get his sputtering comeback on track at the Santa Clara Pro Swim.

Also headlining the action will be Missy Franklin, who will compete as a professional for the first time, with the Rio Games next summer.

Phelps may boast 18 Olympic gold medals but at his last outing in May he finished outside the top two in all of his events — something that hadn’t happened to him since he competed at the Sydney Olympics as a 15-year-old.

He will test himself in five events here, with three of them — the 200m individual medley, 200m backstroke and 100m freestyle — all falling on Sunday.

He is hoping for a solid showing against elite swimmers before the August US championships in Texas.

He will sit out the World Championships in Russia at the same time as part of the sanction for the drunk-driving incident that saw him suspended for six months by USA Swimming.

The ban interrupted the comeback the 29-year-old launched in 2014 aimed at the 2016 Rio Olympics.

Franklin is also gearing up for the global stage — worlds this year and the Rio Games.

The 20-year-old already has four gold medals from the 2012 London Olympics, but after graduating from high school she opted to compete for two years for the University of California, before turning pro this year and inking a deal with Speedo.

The meet will be her only long course competition before the World Championships.

On the opening night of competition, New Zealand’s Lauren Boyle cruised to victory in the 1500m free in 16min 03.73sec — nearly 30 seconds clear of the field. American Gillian Ryan was second in 16:33.74.