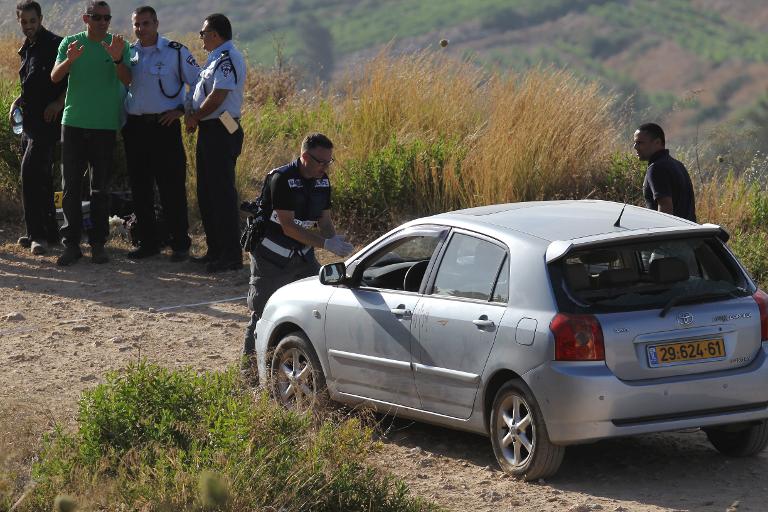 A Palestinian opened fire on two Israeli men near a West Bank settlement on Friday, killing one and wounding the other, authorities said, in what appeared to be a lone-wolf attack.

Israeli army spokesman Lieutenant Colonel Peter Lerner said a “Palestinian approached a vehicle that was in the area and asked them to stop… and shot the two from close range.”

A spokeswoman at Sheba Hospital near Tel Aviv confirmed that one of the men had died and the other was lightly wounded.

The attacker fled, prompting a manhunt.

Local media named the dead man as Danny Gonen, a 25-year-old from the central Israeli city of Lod. Lerner said that Gonen and his friend, also from Lod, had been hiking in the area.

The incident occurred near the Dolev settlement, according to Israel’s emergency medical service Magen David Adom, which said the victims were in their 20s.

The army said the two men were in a car at the time of the shooting, which took place northwest of Ramallah in the Israeli-occupied West Bank.

Prime Minister Benjamin Netanyahu said on Twitter that “the evidence on the ground indicates this was a terror attack, and we’re working to find the perpetrator.”

“We can’t let the relative quiet achieved thanks to many successfully prevented attacks mislead us,” he said.

“The attempts to hurt us continue all the time, and we’ll continue to fight them with all the means we have.”

President Reuven Rivlin condemned the attack, which he described as “another step in the quiet and serious escalation in acts of terrorism we have witnessed in recent months.”

Rivlin also called for Palestinian as well as Arab Israeli leaders to issue a “clear and decisive condemnation” of the attack.

The UN Special Coordinator for the Middle East Peace Process, Nickolay Mladenov, condemned the shooting and called on “all sides to exercise the utmost restraint, to maintain calm and promptly bring the perpetrators to justice.”

West Bank settlements are considered illegal under international law, and Israelis have been attacked previously in and around them as well as in annexed east Jerusalem.

A string of so-called lone-wolf attacks by Palestinians, which have occasionally involved shootings, began in Jerusalem in October but have spread to the West Bank.

On May 20, two Israeli policewomen were injured in east Jerusalem when they were hit by a car driven by a Palestinian who was then shot dead.

Also last month, three Israeli teenagers were hurt by a Palestinian who hit them with his car near the Alon Shvut settlement in the West Bank. The Shin Bet domestic security service said the perpetrator had confessed to carrying out the attack for “nationalistic reasons.”

In April, border police shot dead a Palestinian who stabbed an officer in the southern West Bank city Hebron.

Israeli seized the West Bank in the 1967 Six Day War.

Today around 580,000 Jewish settlers live in the territory, including Israeli-annexed Arab east Jerusalem.