Home Music & Entertainment Oh no! Thereâ€™s too much â€˜Hera Pheriâ€™! 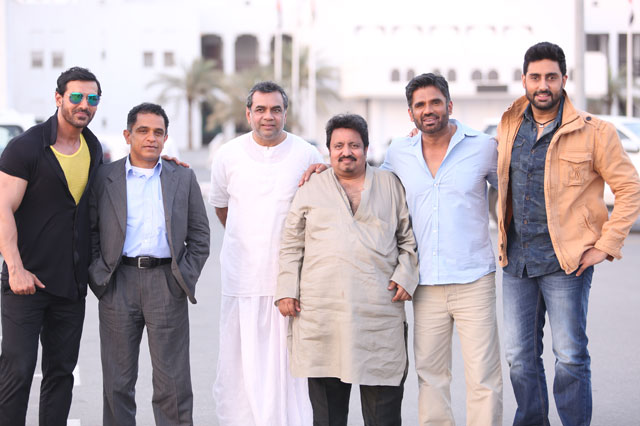 New Delhi:Â Looks like three isnâ€™t the right number for Hera Pheri. While the trio of Suniel Shetty, Paresh Rawal and Akshay Kumar made us cry giggling, the third part of the rib-tickling series is being crushed under an avalanche of blows.

Priyadarshanâ€™s absence has just sparked a row of problems for Hera Pheri. As soon as Neeraj Vohra replaced him, other veterans are following suit. Akshay Kumar has been replaced by John Abraham and Abhishek Bachchan in the third sequel of the Hera Pheri series and if reports are to be believed itâ€™s now Suniel Shetty who has decided to walk out of the film due to creative differences with the makers.

But reportedly, a source close to director Neeraj Vohra has denied the news saying that the actor has not ditched the film.

John Â and Abhishek, who are the most loved on screen gay couple which they played in Dostana (2008), will again be seen on screen together but this time they would be seen in a complete different avatar.

But, if the reports of Suniel walking out the film are true, we guess the left part of the film will be delayed even further.