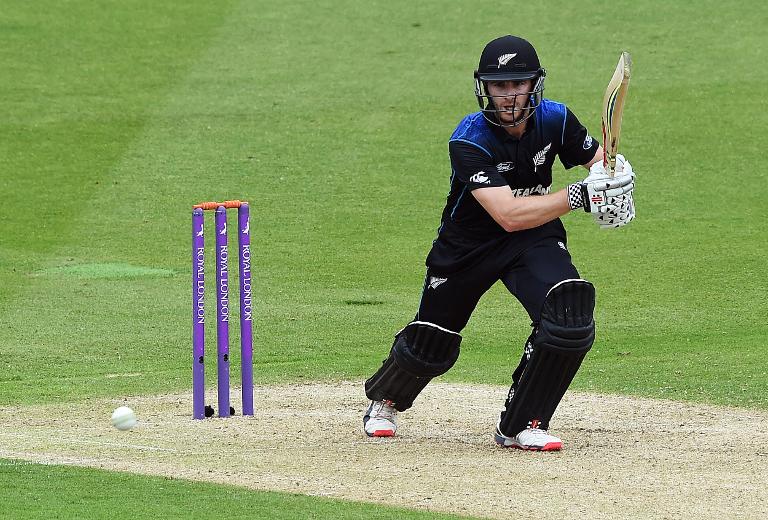 England ensured a winner-takes-all clash at Chester-le-Street after levelling the five-match campaign at 2-2 with a stunning seven-wicket win at Trent Bridge on Wednesday.

New Zealand — who thrashed England by eight wickets in Wellington in February en route to the World Cup final — appeared to be well-placed after making 349 for seven.

But England romped to victory with six overs to spare following a third-wicket stand of 198 between Joe Root (106 not out) and skipper Eoin Morgan (113).

Runs have flowed from the bats of both teams this series and Hesson said: “It’s been a very entertaining four matches.

“Obviously, getting down to Durham should be a fantastic finale.”

There is no doubt that, aware of the class of their opponents, a revamped England have raised their white-ball game so far this series.

Not that Hesson took any pride in England’s revival.

“We’ll feel much prouder if we win the series,” he said.

“We play the game in the right spirit and we think we play an entertaining brand, but it’s all about winning games of cricket.”

New Zealand, without injured left-arm paceman Trent Boult, saw their attack take a pounding on Wednesday, Nottinghamshire opener Alex Hales leading the way with a quickfire 67 on his home ground.

England lost Hales and fellow opener Jason Roy in quick succession but the tourists couldn’t stem the tide of runs.

“The way Hales took the game away at the start, we do that to many sides ourselves, so we know that it makes a big chase look a lot smaller.

“Then Joe and Eoin played exceptionally well. We struggled to create any pressure at all, pretty much going at eight (runs) an over the whole time.”

A shower briefly halted England’s surge to victory and Hesson said the a damp outfield, allied to an absence of swing, hampered his side.

“The key thing is that the ball hasn’t swung over here (in England), at all.

“Then, with the ball getting wet, it skidded on beautifully so it takes out a lot of your options and we were punished for that,” said Hesson.

However, the coach was adamant his side should have made a better job of defending a “good” target of 350.

“We were both full and short, it wasn’t just one. It’s quite a young bowling attack in many ways and it was a good lesson for us.”

Wednesday’s match featured another big stand from Kane Williamson and Ross Taylor, who put on 101 at Trent Bridge following a partnership of 206 during New Zealand’s three-wicket win in Southampton on Sunday, where they both made hundreds.

Williamson almost scored back-to-back tons, his 90 in Nottingham coming after his superb 118 at the Rose Bowl.

“It was selfless from Kane, he knew we needed impetus, so he wasnâ€™t trying to get a hundred. He played for the team,” Hesson said.

The International Cricket Council is on the verge of implementing changes to one-day regulations, notably by increasing to five the number of fielders allowed outside the 30 metre circle in the final 10 overs.

“I think five out in the last 10 overs would be a good decision,” said Hesson. “But not every series is like this.

“We’ve played in many series where the same rules have applied and it’s been 200 plays 201.

“This has been a surreal sort of a series,” Hesson added.