Home Sports Murray plans to stick with Mauresmo for long-term 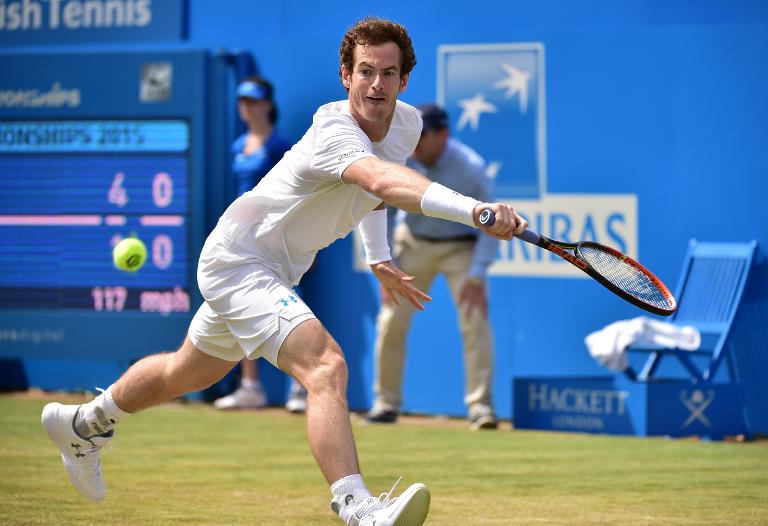 Andy Murray says he plans to stick with his French coach Amelie Mauresmo and her deputy Jonas Bjorkman for the forseeable future.

World number three Murray, on the sixth backroom team of his career, is currently working with Bjorkman at Queen’s Club while the heavily pregnant Mauresmo takes a break ahead of Wimbledon.

The 28-year-old Scot endured a painful parting with his previous coach Ivan Lendl last year after a successful period together that brought him Grand Slam titles at Wimbledon and the US Open.

“I hope that my coaching arrangement just now lasts for a long time,” said Murray, who defeated Spain’s Fernando Verdasco on Thursday to move into the Queen’s quarter-finals.

“I think it’s better to have continuity. I don’t want new coaches every year. I’m not that young anymore.

“I don’t want to have new coaches every year or couple of years.”

“I know him from when we were back when he was playing on the tour, so I know him pretty well,” Murray said.

“So it’s a lot quicker to understand each other’s personalities and stuff than it was maybe with Amelie or with Ivan because I didn’t know either of them at all when I started with them.

“All of these relationships, they always take a bit of time to start, you know, before you start to see the benefits of working together.”

Murray’s burgeoning relationships with Mauresmo and Bjorkman meant he was able to side-step questions about whether he would ever consider working with compatriot and friend Jamie Delgado.

Delgado has helped Luxembourg’s Gilles Muller, who faces Murray in the last eight at Queen’s, turn a career-threatening elbow injury into a rise back into the top 50.

“I think Jamie’s very knowledgeable about the game, he loves tennis, he’s been on the tour himself for a long time and he’s done a very good job with Gilles,” said Murray.