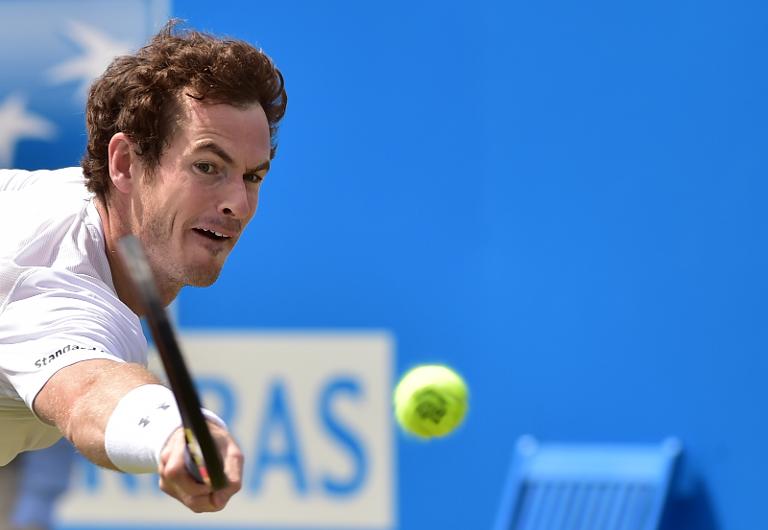 While defending champion Dimitrov was beaten 6-4, 7-6 (7/5) by Gilles Muller in the second round on Thursday, Murray avoided becoming the latest big name to fall with a second successive straight-sets win at the Wimbledon warm-up event.

Murray had been due to face Dimitrov in the quarter-finals on Friday, so the series of upsets leaves the world number three, who now boasts an impressive 22-5 career record at Queen’s, as the strong favourite to win the title ahead of his meeting with the unheralded Muller.

The 28-year-old last triumphed at Queen’s in 2013 and if he lifts the giant silver trophy on Sunday he will join Boris Becker, John McEnroe, Andy Roddick and Lleyton Hewitt as the joint record winner of the tournament.

“Fernando is obviously an extremely powerful guy and you don’t have a chance to get into some of the rallies. But he didn’t serve so well which gave me a few opportunities,” Murray said.

“I was happy with the way I moved — it was better than the first match.”

Although Verdasco had pushed Murray to the brink, taking a two-set lead before losing in five in the Wimbledon quarter-finals in 2013, the Scot had won 10 of their 11 previous meetings.

Murray started with authority from the baseline and broke Verdasco in the second game.

A miscued forehand into the net presented the world number 42 with an unexpected break in the seventh game, but Murray remained the more dynamic force and harried the Spaniard in a series of mistakes that cost him the set.

Verdasco responded by putting even more force into his groundstrokes in the second set and Murray had to spin a full circle to get back into position after retrieving one rocket before unloading a brilliant winner.

If that didn’t leave Verdasco utterly demoralised, Murray’s act of escapology in the third game surely did the trick as the Scot recovered from 0-40 down to hold serve.

Faced with such formidable defence from Murray, there was a noticable drop in Verdasco’s play and he finally surrendered with three double faults in a dismal and decisive service game late in the second set.

Dimitrov’s success at Queen’s 12 months ago and his long association with the event, which gave him a wildcard entry as an unknown teenager, led the world number 11 to claim this week that he felt like he “owned the court” when he played in west London.

But the 24-year-old Bulgarian hadn’t reached a tour-level final since his victory over Feliciano Lopez at Queen’s 12 months ago and this was the latest setback in a frustrating 2015 campaign.

“It’s a tough loss for me,” Dimitrov said. “It’s never easy when you lose your title, but that’s part of the game.

“I’m going to have quite a few days to get ready for Wimbledon and I’m sure I’m going to turn things around.”

Isner, who famously won the longest match in tennis history against Nicolas Mahut at Wimbledon in 2010, blasted 36 aces — his best ever effort in a three-set match — to overcome Lopez’s own impressive tally of 29.

The American will face Troikci for a semi-final spot.