Home News For Kids Most kangaroos are left-handed: study 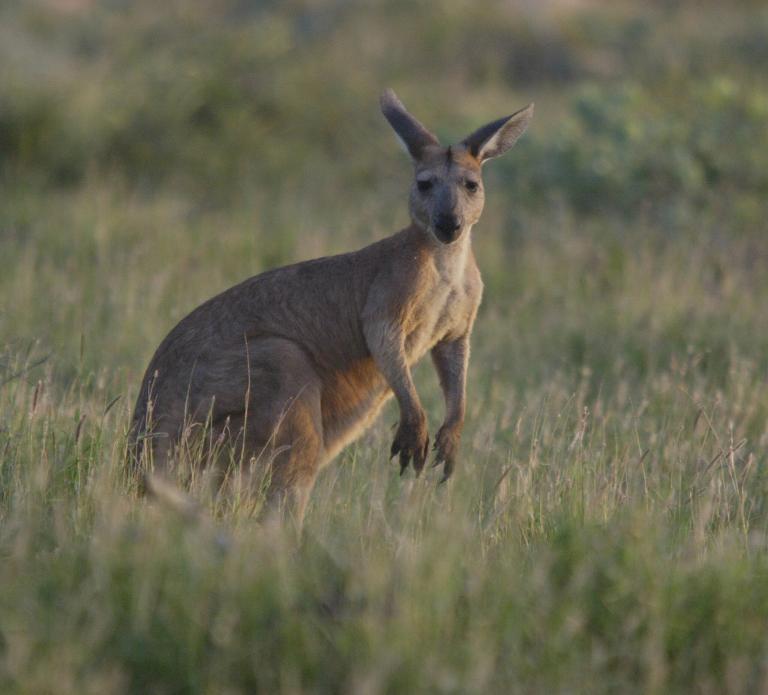 Kangaroos tend to be lefties, according to a study that sheds new light on the capacity for mammals, particularly those that walk upright, to prefer one paw over the other.

Wild kangaroos in Australia and Tasmania showed “a natural preference for their left hands when performing particular actions — grooming the nose, picking a leaf, or bending a tree branch, for example,” said the study.

“Left-handedness was particularly apparent in eastern grey and red kangaroos.”

When it came to red-necked wallabies, they appeared to favor their left hand for some tasks — like those involving fine motor skills — and their right for others that used more physical strength.

“According to a special-assessment scale of handedness adopted for primates, kangaroos pulled down the highest grades,” said Malashichev.

“We observed a remarkable consistency in responses across bipedal species in that they all prefer to use the left, not the right, hand.”

A key reason why researchers were surprised at the finding was that kangaroo brains lack the same neural circuit that bridges the left and right hemispheres of the brain seen in other mammals.

“What we observed in reality we did not initially expect,” Malashichev said.

“But the more we observed, the more it became obvious that there is something really new and interesting in the wild.”