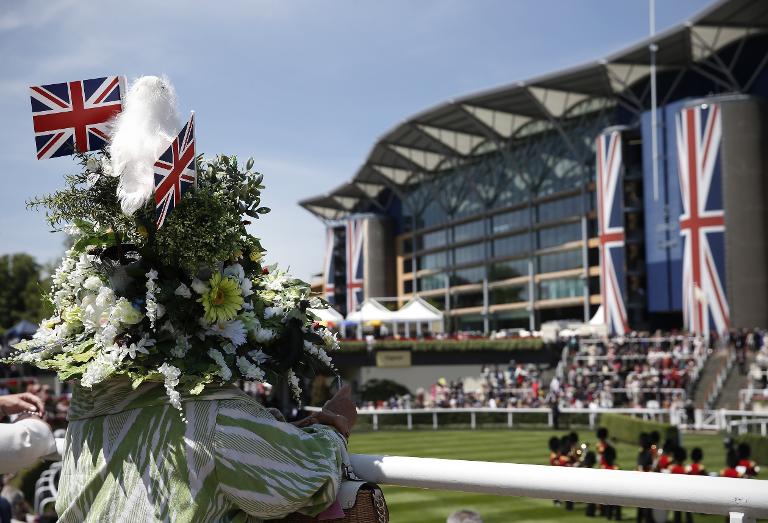 Ryan Moore was the headline act on day three of Royal Ascot but the much-feted English jockey will have left the Berkshire racetrack with very mixed emotions on Thursday.

A further three winners took Moore’s tally to eight for the meeting, in the process matching the post-war record held by Lester Piggott (twice) and Pat Eddery.

Yet the perfectionist in Moore will linger on the luckless passage he endured in the meeting’s feature race, the Â£405,315 Gold Cup over 4000m.

Only when the favourite, Forgotten Rules, gave way approaching the last 200m did Kingfisher see daylight. By then it was much too late.

Trip To Paris had long since flown â€“- ironically along the far running rail, a route habitually fraught with danger.

On this occasion jockey Graham Lee found sufficient room to drive a horse-drawn carriage through the gap to win by one and a quarter lengths from Kingfisher, with Forgotten Rules back in third place.

“For a horrible moment I thought he was going to challenge on the wide outside,” he related.

“Then I saw him coming down the far rail and it set up perfectly. The horse has to be covered up for as long as possible.”

Lee, 39, thus claimed a slice of his own riding history, having switched from riding over jumps to the Flat four years ago.

No other jockey had previously won the Grand National, which Lee annexed aboard Amberleigh House in 2004, and the Gold Cup at Royal Ascot.

But there was a nasty sting in the tail 40 minutes later when Capel Path, ridden by Lee for Queen Elizabeth, was abruptly pulled up when he suffered serious injury during the running of the Britannia Stakes.

Nick Smith, head of communications at Ascot, said that Capel Path was immediately taken to a local veterinarian practise for further assessment of his injured foreleg.

Dunlop, for his part, was brimming with emotion in the winner’s enclosure.

He was brought up in Sussex, where the 1974 Gold Cup trophy won by Ragstone â€“- trained by his father, John -â€“ took pride of place on the familyâ€™s dining room table.

“Every time we sat down at that table we saw the trophy,” Dunlop said.

“I am in shock, but it is an amazing feeling. I was always brought up by my parents to regard the Gold Cup as the highlight of this meeting.”

Dunlop’s pleasure was amplified because he and his wife, Becky, are among seven members of the La Grange Partnership which owns Trip To Paris. The partnership embraces people who have been friends for upwards of 20 years.

Dunlop was thus obliged to meet his share of the Â£35,000 supplementary entry fee required for Trip To Paris to run, having overlooked the option at the original entry stage.

But the gamble reaped its reward, with Trip To Paris claiming the winner’s purse of Â£180,608. The winning connections are now contemplating a trip to the Melbourne Cup in November.

As for Moore, he opened the day by playing Waterloo Bridge -â€“ an apposite winner on the 200th anniversary of the famous battle â€“- late on to overhaul Log Out Island and King Of Rooks.

The latter two, a pair of stable-mates, compromised each other by duelling for the lead from flag-fall in the Norfolk Stakes.

Moore then rode Curvy to upset the favoured Pleascach in the Ribblesdale Stakes, and put his Gold Cup woes to one side when steering War Envoy to victory in the Britannia Stakes.

With two days of Royal Ascot remaining, Moore has good prospects of overhauling the all-time record of Fred Archer, who ride 12 winners at the meeting in 1878.

However, he will reflect on the day as one when the Gold Cup got away.