Home Music & Entertainment Malalaâ€™s life to be unveiled on TV 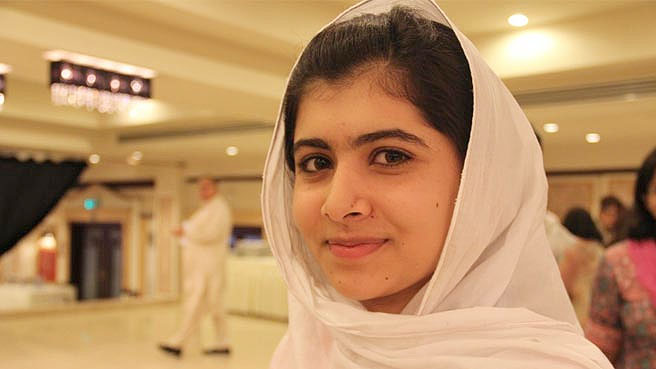 If youâ€™ve never been able to picture young Malalaâ€™s struggles inside your chance to do so again.

In 2012, Malala was targeted by the Taliban and severely wounded by a gunshot when returning home on her school bus in Pakistanâ€™s Swat Valley. FSL will release the film in October.

â€œThis is a film that you leave not only feeling incredibly inspired but truly wanting to make a difference,â€ National Geographic Channels CEO Courteney Monroe said in a statement.

â€œAs leaders in bringing stories of global importance to the largest audience possible, it is more than just an honour to be part of this project, I feel it is our duty. That is why we are joining this project as true partners, from the global theatrical release through our eventual television broadcast, and dedicating our collective resources to bring Malalaâ€™s important journey and advocacy for girlsâ€™ education to millions of people worldwide.â€

The documentary tells the story of Malalaâ€™s life both before and following the attack at the age of 15. She was singled out on a bus, along with her father, for advocating for girlsâ€™ education and was shot repeatedly. The shooting sparked an outcry from supporters around the world.

Malala miraculously survived and is now a leading campaigner for girlsâ€™ education globally as co-founder of the Malala Fund. Guggenheim examines how Malala, her father Zia and her family are committed to fighting for education for all girls worldwide.

The filmâ€™s launch also will coincide with an international advocacy and fund-raising campaign in partnership with the Malala Fund, Malalaâ€™s non-profit organisation that works to empower adolescent girls globally through a quality secondary education.

The film is being released by Fox Searchlight Pictures, in association with Image Nation Abu Dhabi and Participant Media, with National Geographic Channel.