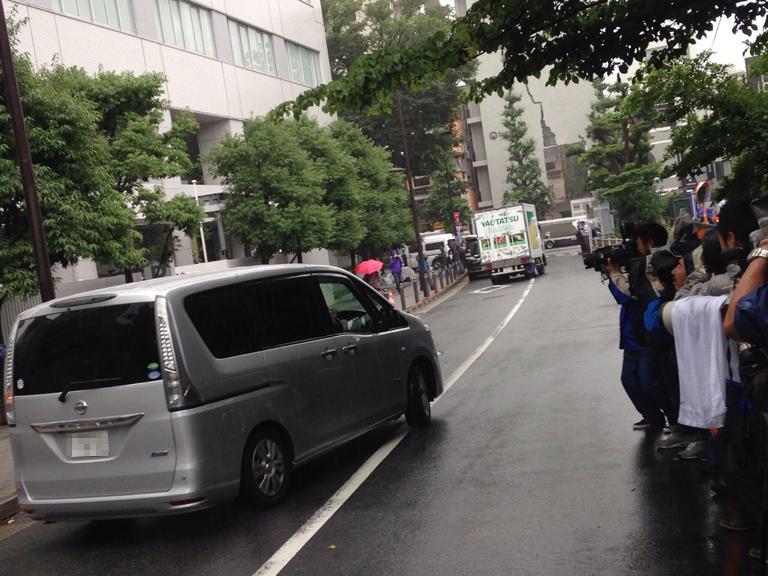 Japanese investigators were Friday questioning a senior female executive of auto giant Toyota after finding controlled drugs in a parcel sent to her from the United States, police said.

Julie Hamp, a US citizen, was arrested at the Tokyo hotel where she was staying, on suspicion of violating the country’s drug control law, a police spokesman told AFP.

She is being held on suspicion of importing oxycodone — an opioid used to relieve pain — without permission from the authorities, a crime that “is subject to one to 10 years in prison,” he said.

Hamp, 55, “said she did not believe she had imported narcotics when she was arrested,” the official said.

By midday Friday, she had been sent to the prosecutors’ office, another police official said.

The parcel was sent on June 8 from the United States and arrived at Narita airport near Tokyo on June 11, he added.

The package, labelled “necklaces”, contained several small boxes, each holding accessories and several tablets, reports said, adding police suspect there had been an attempt to hide the drug.

Oxycodone is designated as a narcotic in Japan but can be prescribed by a doctor for use as a pain reliever.

Japanese law allows individuals to bring the drug from abroad if they have a legitimate prescription, but bans its sending by mail.

“Toyota has been made aware of Ms. Hamp’s arrest but has no further facts in light of the ongoing investigation by the authorities. We will continue to cooperate fully with the investigation,” the statement said.

“We are confident, however, that once the investigation is complete, it will be revealed that there was no intention on Ms. Hamp’s part to violate any law.”

Hamp was promoted to head of communications for the auto giant earlier this year — making her one of the company’s most senior non-Japanese executives — after previously working at Toyota’s North American division.

Japan’s strict drug laws ban some medications commonly available in other countries, while jail time for possession of illegal narcotics such as cocaine or methamphetamine is not uncommon.

Earlier this year, a 26-year-old woman teacher from Oregon in the United States was arrested in Japan after receiving the prescription drug Adderall by mail from her mother, who is a doctor, reports said.

She was released three weeks later following interventions from members of Congress and diplomats in Tokyo.

The US embassy in Japan cautions citizens to beware of falling foul of drug laws that are different from those at home.

“Heroin, cocaine, MDMA, opium, cannabis, stimulant drugs including some prescription medications such as Adderall… are prohibited in Japan,” the embassy says on its website.