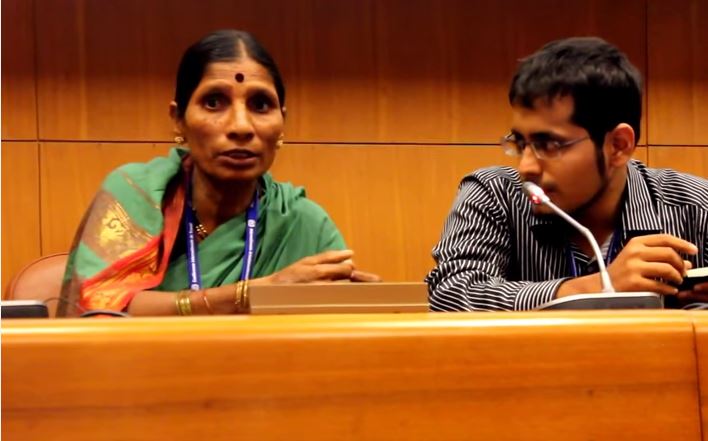 Rags to riches might have become a cliche over the years, but here we have a story that fits this bill perfectly. Meet Suman More, who, has traveled far from being a rag-picker to being a speaker for a 2,000-strong audience in Geneva. This is perhaps what dreams are made of.

When she began rag-picking, 37 years ago, not just would it not fetch her enough, it would also land her in the police station and people would often accuse her of stealing even without verifying.

She was a guest speaker invited to discuss with world leaders and activists the challenges people of her profession face. The International Labour Organisation conference held from June 1 to June 13 this year, in Geneva and this was the second time she was the guest of such a big conference.

While picking up waste, several times people used to call them thieves, and we were dragged to the police station for no reason and then the police used to humiliate them. They were criticized for the kind of work they did for the society. Although she used to work for long nine hours a day but still she was only paid Rs 30 to 40 on a daily basis which was not enough to sustain a family with six members.

After years of waste picking, Suman along with others ragpickers, opened her own organization and named it Kagad Kach Patra Kashtakari Panchayat (KKPKP), with the help of local municipality to manage waste in the city to make Pune a cleaner place to stay. They decided to manage the city’s waste.

So, instead of the corporation collecting and moving the garbage to waste management centres, the rag pickers went to houses collecting waste and then properly segregation them, which made the task both faster and more economical. Since this tie-up, life became smoother for hundreds of rag pickers who had to face great harassment from citizens and the police earlier. They started the organisation with 80 members and with due course of time, now it has over 9000 members and all of them get five thousand every month, which is good enough to earn up their living. Gradually, Sumanâ€™s team of rag pickers demanded social security rights from the government and also health insurance. From getting ID cards and uniforms from the local municipality to organizing protests and demonstrations, Suman has given a new identity to the rag pickers. Not only this, they are now even getting scholarships for their children so they can opt for a better life.