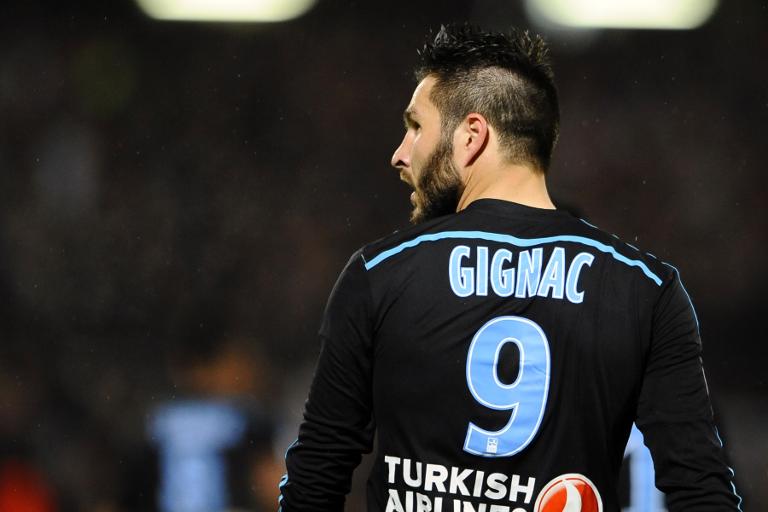 French striker Andre-Pierre Gignac received a hero’s welcome in northern Mexico on Thursday as he neared a surprise move to Tigres of Monterrey after five seasons with Ligue 1 giants Marseille.

Shrugging off interest from major European clubs, the 29-year-old player held a “100 percent Tigres” license plate as dozens of jubilant fans greeted him at Monterrey airport, some holding a banner featuring the Eiffel Tower and the French greeting “Bienvenue.”

“I’m very happy. I’m here to work and, if I can, win the Copa Libertadores and the Liga,” he said in Spanish, referring to the South American continental tournament and Mexico’s domestic league.

“I can’t promise a certain number of goals but I’m here to work,” said Gignac, who scored 21 Ligue 1 goals in the season just finished in which Marseille ended in fourth place, qualifying for the Europa League.

The club later posted a picture on Twitter of Gignac, whose contract with Marseille recently ended, undergoing a medical exam.

Once he signs a contract with Tigres, the Frenchman will join his new teammates for pre-season training in the Riviera Maya on Sunday, club officials told AFP.

Gignac has made 21 appearances for Euro 2016 hosts France, scoring five goals, but he was not called up by coach Didier Deschamps for the team’s recent international friendlies.

Gignac’s arrival has raised expectations among Tigres fans, whose team play in the semi-finals of South America’s continental Copa Libertadores next month against Brazilian club Internacional.

“Now Tigres will have good reinforcements and we will go for the title,” said Gabriel Espinosa, a 19-year-old accounting student at a local university who was among the crowd welcoming Gignac.

Reports say the Frenchman will sign on a free transfer and agree a three-year deal worth around 4.5 million euros ($5.1m) a year with an option for a fourth season.

Miguel Angel Garza, a Tigres executive, refused to reveal details of the deal but he told TDN sports channel that the club began negotiations with Gignac months ago and that “what was a dream is closer to becoming reality.”

Garza said Gignac will be able to play in the Copa Libertadores semi-finals as well as the North and Central American and Caribbean (CONCACAF) Champions League. Mexico’s Apertura league season starts in July.

“We want to be champions in all three” tournaments, Garza said.

Gignac first made his mark during three seasons at Toulouse between 2007 and 2010, scoring 34 goals, before moving to Marseille where he netted another 59 in 154 games.

French club Lyon, Turkish giants Galatasaray and English teams Newcastle United and West Bromich Albion had all been linked to the striker.