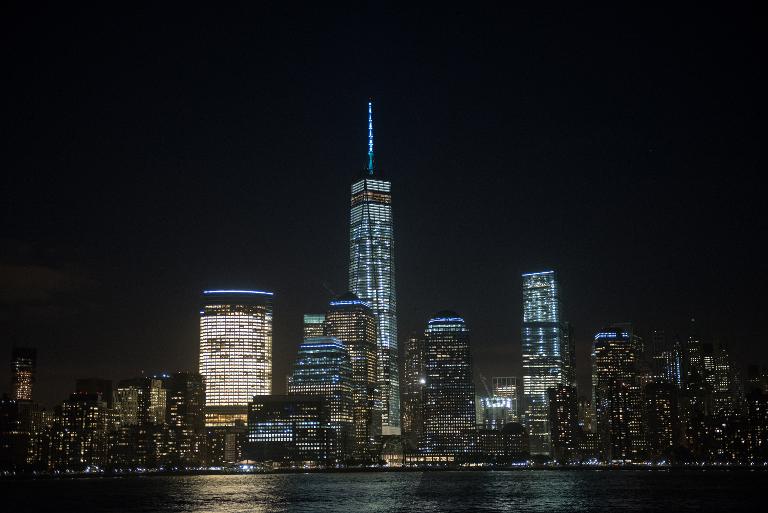 A fourth US citizen has been arrested in the greater New York area in less than a week on allegations of supporting the Islamic State extremist group, officials said.

Samuel Rahamin Topaz, 21, from Fort Lee, New Jersey, was charged with conspiracy to provide material support to the IS group, which has declared a “caliphate” based in Iraq and Syria.

He faces 15 years in prison if convicted and was remanded without bail after being arrested at home on Wednesday, prosecutors said.

Court papers allege he was in close contact with Munther Omar Saleh, a 20-year-old student from New York who was arrested last Saturday after trying to stab an FBI surveillance officer.

The FBI accused Saleh of trying to recruit Topaz, who was allegedly making plans to travel to join the IS group in the Middle East.

The pair allegedly met up at a Manhattan subway station a few blocks from the World Trade Center on May 31.

Prosecutors in New York have accused Saleh of planning to carry out a bomb attack in the city.

Topaz told a friend that “they” promised him $7,000 a week and four wives, possibly in Iraq, and cited this as reason not to enroll at community college, court papers show.

He allegedly posted selfies on Facebook dressed in militant-style head garb and wrote about his intention to go to Jordan, which prosecutors called a cover story for travel to IS-controlled territory.

Court papers released on Thursday listed two other co-conspirators, both of whom were dual US-Jordanian citizens.

The first, a 20-year-old, left the country on May 5, flying from New York to Jordan on May 5 after browsing online extremist propaganda.

The second was an unidentified 23-year-old in New Jersey.

Topaz allegedly told a friend, when asked what he thought of IS that “it was not bad because they are protecting what they believe in and that news in the United States is corrupted.”

After his arrest, prosecutors said he confessed to sympathizing with the IS cause. had watched the group’s videos and discussed plans to reach it.

Wright was also charged with conspiracy to obstruct and with obstructing justice. They are due to appear in court on Friday

They allegedly conspired with Usaamah Rahim, 26, Wright’s uncle, who was shot and killed after lunging toward Boston police and FBI agents with a knife outside a CVS in Boston on June 2.

The trio are accused of conspiring to plan deadly IS-inspired attacks inside the United States, including the beheading of a woman in New York, whom US media has identified as Pamela Geller, an anti-Islam blogger.

US intelligence officials warned in February that more than 20,000 volunteers from around the world, including more than 150 Americans, had gone to Syria to link up with extremists.