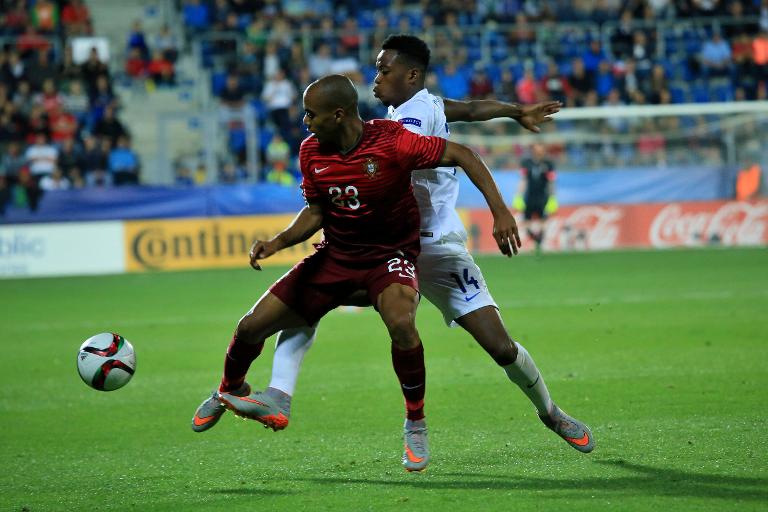 Sporting Lisbon midfielder Joao Mario handed Portugal a 1-0 win over England in their opening game at the European Under-21 Championship in the Czech Republic on Thursday.

Mario scored the game’s only goal on 57 minutes with a rebound off a shot that hit the post, which took Portugal second in Group B behind Sweden, while England are bottom.

England’s attack suffered a heavy blow before the game with West Brom striker Saido Berahino — the top scorer in qualifying with ten goals in as many games — sidelined with a knee injury.

Tottenham striker Harry Kane squandered a few chances — he was denied by Portugal keeper Jose Sa after a good shot from 20 yards in the first half.

Sa thwarted Kane again ten minutes from time from close range and then saved a header from West Ham defender Carl Jenkinson in the dying seconds, as England failed to score for the first time in 18 matches at under-21 level.

In the other Group B game on Thursday, Sweden came from behind to stun Italy 2-1.

Sassuolo striker Domenico Berardi opened the scoring with a penalty on 29 minutes following a foul that saw Swedish defender Alexander Milosevic sent off.

But John Guidetti, who spent last season at Glasgow Celtic, hauled Sweden level in the 56th minute and Bordeaux striker Isaac Kiese Thelin then converted another penalty four minutes from time to hand the Swedes a surprise win.

Denmark lead Group A in Prague after beating hosts the Czech Republic 2-1 on Wednesday, while Germany were held to a 1-1 draw by Serbia on the same day.