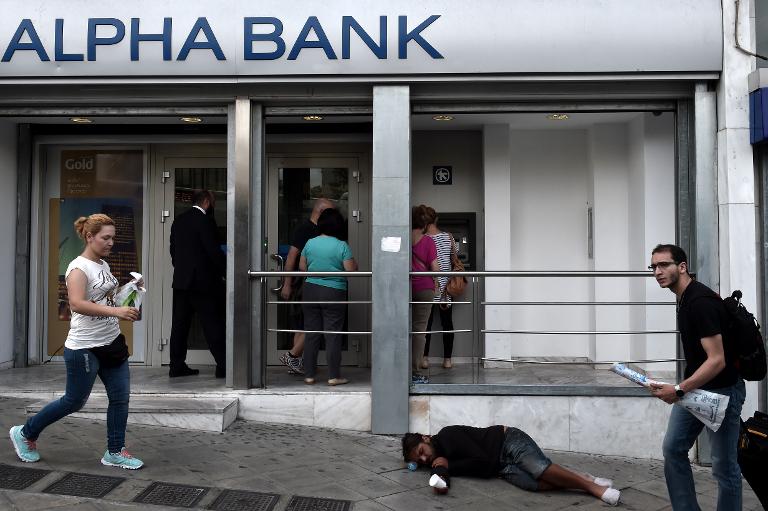 The European Central Bank on Friday raised the level of emergency funding for Greek banks by an unspecified amount following a request from the Bank of Greece, a Greek bank source said.

“There was no problem with the financing of Greek banks,” the source said, adding that bank governors were expecting a “positive result” at an emergency eurozone leaders summit on Greece on Monday.

According to state agency ANA, the funding cap was increased by 3.3 billion euros ($3.7 billion).

The Bank of Greece had earlier insisted that the country’s banking system was stable amid a rush of deposit withdrawals this week fuelled by fresh deadlock in Greece’s loan talks with its EU-IMF creditors.

A billion euros were withdrawn from Greek banks on Thursday, following another 1.6 billion euros over the two previous days, financial website euro2day reported.

Greece on Friday insisted a last-ditch deal on its debt was possible and dismissed “terror scenarios” of a default that is looking increasingly likely unless an accord is concluded.

EU President Donald Tusk has called an emergency summit of leaders of the 19 eurozone countries in Brussels on Monday, after finance ministers failed Thursday to break the five-month deadlock between the anti-austerity government in Athens and its international creditors.