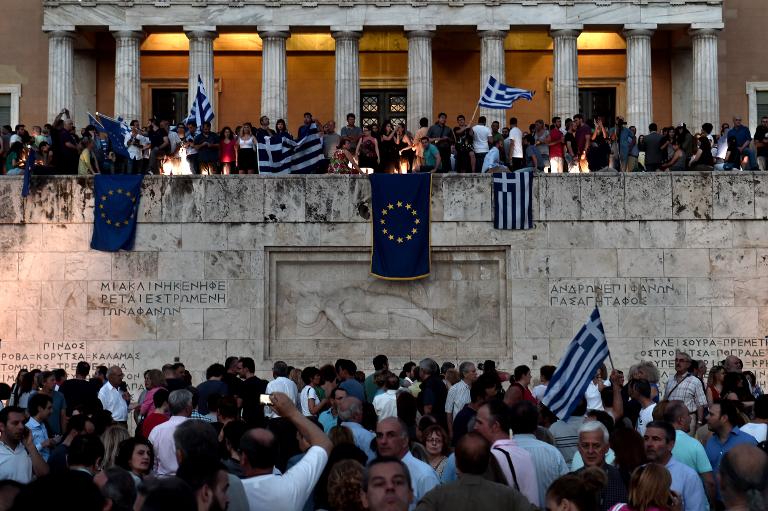 The European Central Bank’s decision-making governing council will hold an emergency session Friday to discuss a request from the Bank of Greece for an increase in liquidity to Greek banks, sources familiar with the matter told AFP.

The council will hold a teleconference at around midday (1000 GMT) to discuss a possible increase in the Emergency Liquidity Assistance facility, as deposit withdrawals from Greek banks have accelerated in recent days, sources said, speaking on condition of anonymity.

The request comes just days after the ECB approved a 1.1-billion-euro increase in the ELA ceiling to 84.1 billion euros.

The EU called an emergency eurozone summit next week after Greek debt talks ended Thursday without a deal, sparking warnings of an “accident” that could push Athens out of the euro if there is no breakthrough by the end of the month.

Finance ministers meeting in Luxembourg failed to break the five-month-old standoff between the anti-austerity government in Athens and its EU-IMF creditors, who have demanded tough reforms.

Greece has until the end of June to agree a reform deal in order to secure the remaining portion of an international bailout, which it needs to avoid defaulting on a 1.6-billion-euro IMF debt payment.