Arab-Israeli boxer from down and out to hometown hero | Newsmobile
Wednesday, June 29, 2022 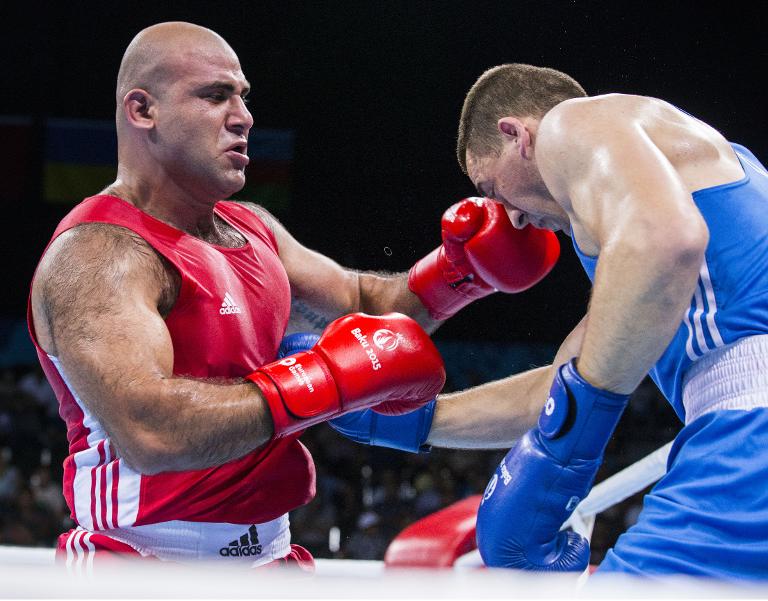 A few years ago Arab Israeli boxer Abdala Kadan was homeless, but now he is the proud owner of a gym having fought hard to earn the respect of the people of his home town of Baqua Al Garbhya.

In an interview with AFP, the 33-year-old triple Israeli super heavyweight national champion, who lost his opening bout against Alexei Zavatin at the European Games unable to overcome the Moldovan’s height advantage, has, he says, picked himself off the canvas.

“I was living in a homeless person’s place, then in my car and also in the stores I worked in as I had two jobs,” said Kadan, speaking in English.

“I felt like a nobody. There were many problems in my family, my parents separated. I had to look after myself and to invest so much of my energy into this sport.

“I was so much of a nobody that people would look away when I passed them in the street.

“Two years ago I had saved enough to open a gym and fitness centre and now I also train a small group of boxers.

“People back home will listen out for news of me, or watch my bouts on television. There is a lot of respect for me when I walk in the street now. Now when I pass people they smile and at me and say hello. It’s so crazy!”

Kadan, who won a tournament in Cyprus last year beating a highly-rated Ukrainian on the way, said he had had little in terms of support from his family and he had to originally move to Tel Aviv because there were no boxing facilities in Baqua Al Garbhya (which is about 30 kilometres from Tel Aviv).

“I am the only one of my family to compete as a sportsman. I loved boxing for a long time but I had no opportunity to train, nobody in my town knew anything about the sport, and to achieve that I had to go to Tel Aviv,” said Kadan, who was prior to his conversion to boxing eight times Israeli national weightlifting champion and a power lifter as well.

“My mother is a teacher, my three sisters are all married, and my father died five years ago and was confined to a wheelchair for a long time.

“They (his mother and sisters) could not give me anything financially and they are unable to come and support me, which is a problem for me.

“I never had my family with me. I have worked very hard for this, I train and train and train, nobody has ever given me anything and I have no sponsors.

“It is really hard but it has made me stronger in my head.”

Kadan says he would love to qualify for next year’s Olympics, but qualification or not, he will be looking to turn professional in a sport he says has given him so much.

“I adore boxing, it is wonderful because it is more dangerous, and the whole world is interested by it, it is on another level to the other sports,” said Kadan.

He is dismissive of the fact he is of Arab origin and representing Israel.

“Yes I come from an Arab town, Baqua Al Garbhya,” he said.

“There are lots of Arabs in Israel, almost two million of us.

“We were there before Israel’s independence in 1948 and being born there gives us Israeli nationality.

“We live there and we live in peace. I don’t get involved in all the stories. I tell you again, I live in Israel, and it is peaceful between Arabs and Jews.”