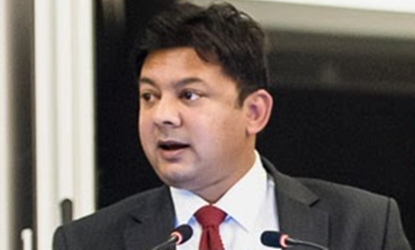 He will replace Nagesh Singh, who has been sent back to his cadre â€” Ministry of External Affairs.

Gaur, a 2001-batch Indian Foreign Service (IFS) officer, has been appointed OSD for a period of five years or on co-terminus basis with the Vice Presidentâ€™s tenure, an order issued by Department of Personnel and Training said.

The Appointments Committee of Cabinet has approved premature repatriation of Singh, a 1995 batch IFS officer.

Singh was working as OSD to the Vice President.

Singh will be eligible for another central deputation only after July 26, 2020, it said.