Home World Afghan warlord angry at being 'sidelined' by Ghani 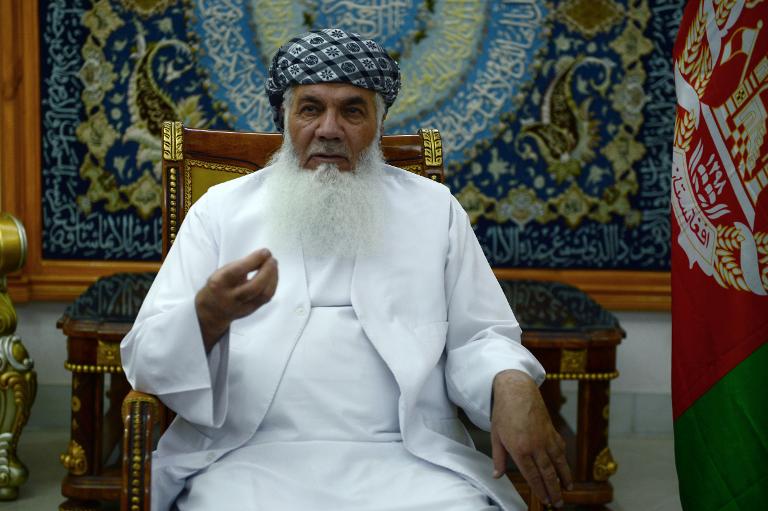 Ismail Khan played a major role in Afghanistan’s struggle against Soviet occupation, but the powerful warlord now accuses his country’s government of sidelining him just as it faces up to the Taliban’s obstinate insurgency.

Khan was once one of the most important commanders of the “mujahideen” fighters who battled to expel the Soviets from Afghanistan in the 1980s.

The 68-year-old is still a force to be reckoned with in western Afghanistan, and in an interview with AFP in his stronghold in the city of Herat, he railed against the administration of President Ashraf Ghani.

Sat in a huge armchair in his reception room, the white-bearded commander said sidelining the leaders of the anti-Soviet resistance had created unnecessary divisions in the country.

“The jihadi leaders are not in the government and it (has) created distrust among the people and led to insecurity in Afghanistan,” he said.

For Khan and some of the other big hitters of the anti-Soviet fight, a power-sharing deal agreed following bitterly disputed presidential polls in 2014 has left them out in the cold.

Instead Ghani has passed more power on to a new generation, with a few exceptions — such as the redoutable and indefatigable old Uzbek warlord Rashid Dostum, now the first vice-president under Ghani.

Khan was water and energy minister under previous president Hamid Karzai and was disappointed at not being allowed to continue when Ghani took over.

To add to his frustration, the new interior minister Noor ul-Haq Ulumi is a former military commander in the former Afghan communist regime that the Soviets propped up — the sworn enemy of the mujadhideen.

When the Soviets pulled out in 1989, the mujahideen descended into bloody factional fighting, beginning a bloody civil war that opened the way for the emergence of the Taliban, who seized power in 1996.

They were dark years during which many, including Khan, have been accused of committing rights abuses.

In a ceremony last month to mark the defeat of the Soviets, Ghani referred to the internecine bloodshed of the 1990s, lamenting that Afghanistan has not managed to stay unified and peaceful.

In the same speech Ghani said he wanted to listen to the advice of old commanders, but Khan is unconvinced.

“The current government does not have legitimacy… it’s a government created based on compromise, imposed on Afghans by US foreign secretary John Kerry,” he said.

The strongman had come under fire for withholding customs revenue from Kabul gleaned from lucrative Iranian border traffic, forcing Ghani, then finance minister, to travel to Herat to demand payment.

Khan has been criticising Ghani’s policies unrestrainedly in recent interviews with foreign media.

Like many in Afghanistan he is deeply wary of the president’s willingness to pursue rapprochement with Pakistan, the Taliban’s historic backers.

Ghani wants Pakistan to use its influence to bring the Taliban to the negotiating table, but little substantial progress on this front has been made.

“President Ghani is getting closer to Pakistan and trusting Pakistan more, and this has made the mujahideen really worried,” he said.

“We believe Pakistan is never sincere about peace talks, and will not bring the Taliban to the negotiating table.”

He also criticised the government’s strategy for fighting the Taliban, who are inflicting heavy losses on Afghan forces and are still able to carry out suicide attacks, particularly in Kabul.

“This year, the fighting is heavier and the districts will fall to the Taliban,” he said.

“Next year, the fighting will be even heavier and worse than now.”

He hinted that he would be happy to oblige if the government asked him to fight the Taliban, though former warlords like him officially deny still having combat-ready forces at their disposal.

And he warned the old fighters might not take being sidelined for too long.

“Mujahideen comprise a big population of the Afghan nation,” he said.