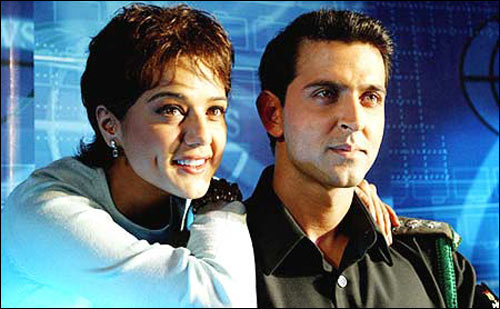 Movies come and go but there are always some movies which come, connect and leave their print on our hearts. Lakshya belongs to that breed..

Itâ€™s been 11 years since Farhan Akhtarâ€™s second directorial venture Lakshya was released. He brought subtlety and class in Indian cinema and rejected that pomp and show drives a film and yes his movies proved us that he is different and also his choices. Â 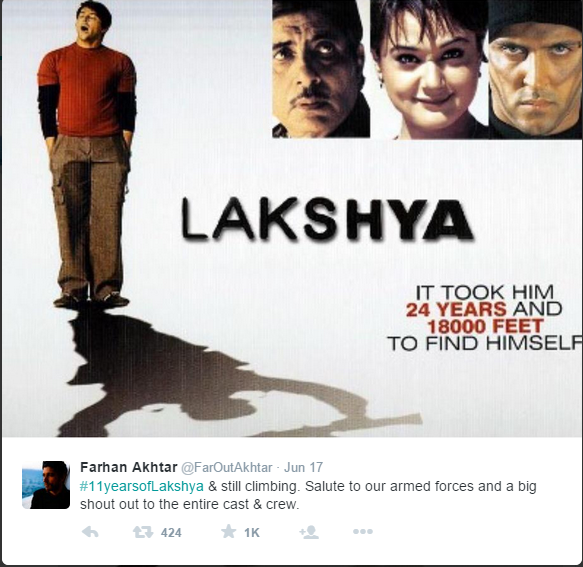 Farhan paid tribute to the armed forces of India on the occasion of the 11th anniversary of his film.Â  The movie did good job at BO but movie got excellent reviews from the critics. Its script was written by his father Javed Akhtar.

â€˜Lakshyaâ€™ is a coming-of-age story with a fictionalised backdrop of the Kargil war. It defines the story of a boy who has no â€˜Lakshyaâ€™ in his life. He isnâ€™t aware what he actually wants to do in his life and what he is good at. The movie came in 2004 and did a fared decently well at the Box Office. 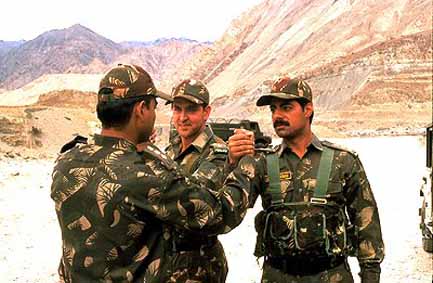 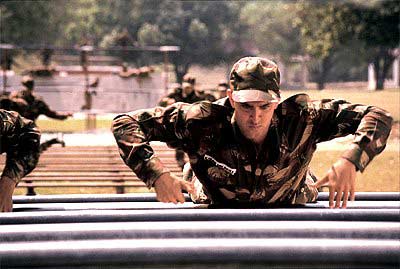 Hrithik Roshan portrays Karan Shergill with no plans for his future, but later finds his goal in the armed forces. Preity Zinta is Karanâ€™s love interest and plays the character of television journalist as Romila Dutta, supposedly modelled as Barkha Dutta who covered the Kargil war. Amitabh Bachchan, Om Puri, Amrish Puri are seen in guest appearances.

Boman Irani as Karan’s father, Raj Zutshi, Sushant Singh and Nawab Shah give the film a real zing with their finely nuanced performances.

The music of Lakshya was composed by Shankar-Ehsaan-Loy was soothing enough to charm its audience.

Although the songs of the movie were not superhit, but still Agar main kahoon and Main aisa kyon hoon proved to be one of those songs, which was on everyoneâ€™s lips for quite a long period and then again, Hrithik showcased some awesome dance moves which made us fall more and more for these songs. Â Â