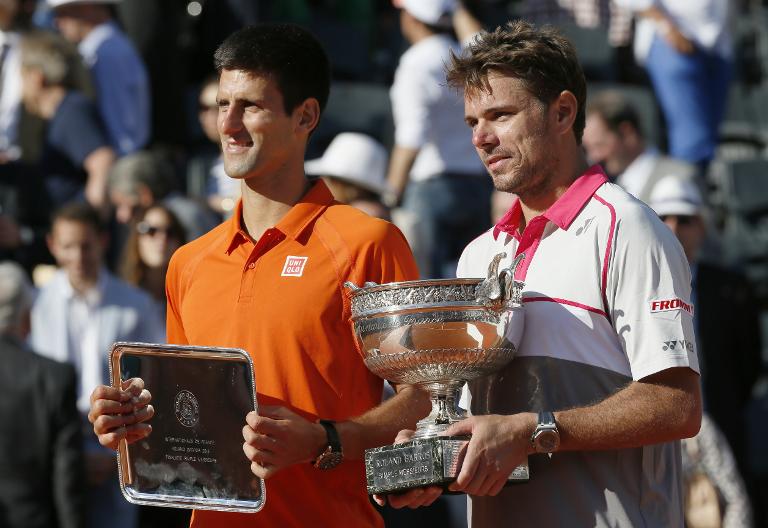 Wawrinka handed Djokovic one of the most painful defeats of his career earlier this month when he denied the world number one a career Grand Slam by defeating him in the final in Paris.

And, with Wimbledon getting underway later this month, Swiss star Wawrinka was asked who he would back for the All England Club title other than himself.

And the 30-year-old made it clear he would put his money on defending champion Djokovic ahead of seven-time winner Roger Federer, 2013 champion Andy Murray and two-time winner Rafael Nadal.

“Novak is No. 1. He’s been playing so well and especially this year,” Wawrinka told reporters at Queen’s Club following his second round defeat against Kevin Anderson on Wednesday.

“I’m sure after losing the French Open final he wants more, he wants to come back and win the next big one.

“So he won last year. We all know that when he’s playing his best tennis he’s really good.”

But Wawrinka refuses to rule out Federer and Murray.

“Even if Roger lost few matches this year, I’m sure he’s going to be ready for the grass,” said Wawrinka.

“Also, I think with him, with his confidence, if he can get through the first week or something, playing well, then he’s going to be tough to beat.

After winning two of the last six Grand Slam titles and reaching the last eight at Wimbledon for the first time last year, world number four Wawrinka knows he can’t be written off either.

“I still think that I can play my best game on grass. If I can play well at the beginning of Wimbledon, I can do a great job,” he added.