Home Sports Tiger in the shade at US Open 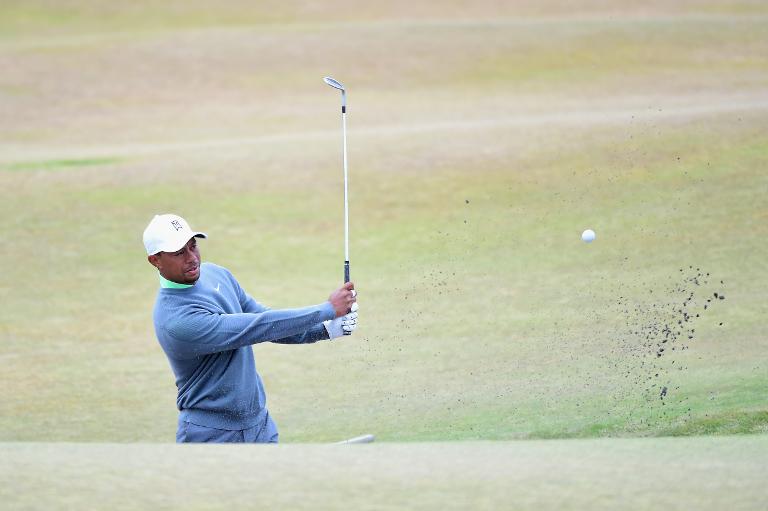 The uniqueness of Chambers Bay golf course outside Seattle is not the only novelty on display at the US Open this week – the other concerns Tiger Woods.

Usually at the four majors much of the talk among the players and press surrounds the game’s superstar – his form, his chances of winning, his aura.

This year, it’s different and there is little talk of how he will fare.

The reason for that rests solely with the 14-time major winner’s own struggles with his game six months shy of his 40th birthday.

His best finish this year was 17th at The Masters. He has teed it up just five times in the 2015 season, including a missed cut at the Phoenix Open and a withdrawal from the Farmers Insurance Open at Torrey Pines with back problems.

Things went from bad to worse in his last outing when he fired a career-worst 85 in the third round at The Memorial two weeks ago.

Few give him much of a chance of turning things around this week on what will be as tough a course as there ever has been for the US Open.

There is no gloating about that as players are respectful of Woods’ former greatness and aware that he is still the biggest draw the sports has worldwide.

Instead the storylines are elsewhere – can world number one Rory McIlroy win a fifth major title, can Masters champion Jordan Spieth make it halfway to the fabled calender-year Grand Slan, can Phil Mickelson finally win a US Open after six runner-up finishes and in so doing complete his career Grand Slam.

There is little realistic talk about whether Woods can take a 15th major title six years after his last win and resume his chase of Jack Nicklaus’ all-time record of 18.

Even 15-year-old Cole Hammer, the third youngest player ever in a US Open has other stars in his eyes.

Asked what the “coolest thing” was about mixing it for the first time with the big names at a major, he replied: “being able to play with some of the guys you look up to, like Webb Simpson, Brandt Snedeker and Jordan Spieth.”

No mention of Tiger Woods.

One of the few players to venture a few thoughts on Woods was Australian Jason Day who played one of his practice rounds with the American.

Woods, he said, was playing superb irons and his short game was pretty good. “But I think the biggest thing for him right now is to really kind of get on the fairway,” a reference to Woods’ current waywardness off the tee.

As to what the future holds for Woods, Day says that like many of his peers he just does not know.

“Unfortunately, with Tiger, it’s so hard because he’s done what he’s done in the past and everyone is expecting him to do that still,” he said.

“And we put him on such a pedestal that, where is the old Tiger and what’s he going to do? When’s he going to come back? We’re just waiting for him to come back and win those tournaments like it was nothing, hunt down people like before.

“But will we see it? I’m not sure. It just totally depends on the person, how hard he’s working, because you don’t get anywhere — especially the top guys in the world, unless they’re working their tails off.

“Once people understand how hard it is to climb Mt. Everest, it’s hard to do it again. So it’s pretty admiring to see what he’s done to get back there a couple of times.

“And once again, I think if he could straighten out that driver, he’d play phenomenal golf, because his iron play and putting is on point.”