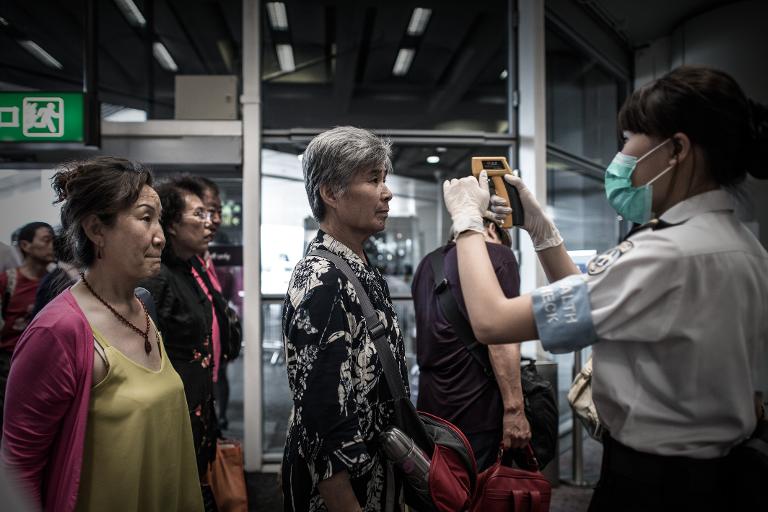 Thailand on Thursday said a 75-year-old man from Oman was confirmed to have MERS in Southeast Asia’s first case of the virus since an outbreak in South Korea that has killed 23 people.

Middle East Respiratory Syndrome (MERS) has spread at an alarmingly rapid pace in South Korea since the first case was diagnosed on May 20, infecting 165 in what is the largest outbreak outside Saudi Arabia.

“(The man) is from a Middle Eastern country. The (test) results confirmed that he has Middle East Respiratory Syndrome,” said Rajata Rajatanavin, Thailand’s Public Health Minister, adding the patient had arrived in the kingdom with his family three days ago.

A Thai government spokesman later told reporters the man was from Oman and had travelled to a central Bangkok hospital for treatment for a heart problem.

After being tested for MERS he was moved to Bamrasnaradura Infectious Diseases Institute in Nonthaburi province on the outskirts of the Thai capital on Thursday morning.

Authorities are looking for people who were on the same flight as well as anyone else who came in contact with the man during his time in Bangkok.

“We are confident that we can control the outbreak,” said spokesman Major General Sunsern Kaewkamnerd in a statement, adding that “disease control” measures were in place, including monitoring the health of his three family members.

Earlier Thursday World Health Organization chief Margaret Chan expressed guarded optimism over South Korea’s ability to contain a MERS outbreak after the WHO previously described the spread of the disease as a “wake-up call”.

“Our current assessment of the MERS situation in South Korea… is the government is now on a very good footing,” she told reporters, adding that the situation does not constitute an international public health emergency.

“The MERS outbreak will be brought under control… although it may take a little longer than everyone would like to see,” said Chan, who is in South Korea for a previously scheduled conference.

She said that the government had admitted it got off to a “slow start” but that its efforts strengthened “very quickly and systemically and very significantly”, resulting in a decline in new cases.

The good news is that scientists have not detected any genetic change in the virus, she said.

Chan’s comments came as South Korea’s health ministry reported three more deaths and three more cases, despite authorities saying earlier in the week that South Korea had weathered the worst of the crisis.

The WHO said Wednesday that a lack of awareness about the virus among health workers and the public was a major contributing factor to its rapid spread.

According to an earlier WHO statement MERS cases have been reported in four Asian countries before Thailand — China, South Korea, Malaysia and the Philippines — since the virus first surfaced in Saudi Arabia in 2012.

More than 6,700 people are currently being held in quarantine in South Korea in a bid to halt the spread of the virus, up three percent from Wednesday. Around 4,500 others have already been released from isolation.

But alarming reports of infected people slipping through quarantine measures have undermined government efforts to assuage public fear over a virus that has already begun hurting the country’s sagging economy.

A 41-year-old man belatedly told authorities that he developed symptoms several days earlier than he had initially reported, prompting health workers to urgently quarantine dozens of people he had come into contact with on the resort island of Jeju.

The infected man refused to stay in hospital while being tested and threw a tantrum, vowing to “spread the virus everywhere” and breaking a hospital door lock. He then took a taxi and returned home, before being forcibly put in isolation.

The last confirmed case in the country involved a 79-year-old man who had been receiving dialysis at a hospital in Seoul even after he developed MERS symptoms nine days ago.

The 111 other patients who received dialysis treatment in the same hospital room will now have to be put under quarantine, the ministry said.

As South Korea scrambles to control an outbreak of the killer MERS virus, its fearful citizens have donned surgical masks en masse — but the jury is out on whether they actually protect against the invisible enemy lurking in the air.