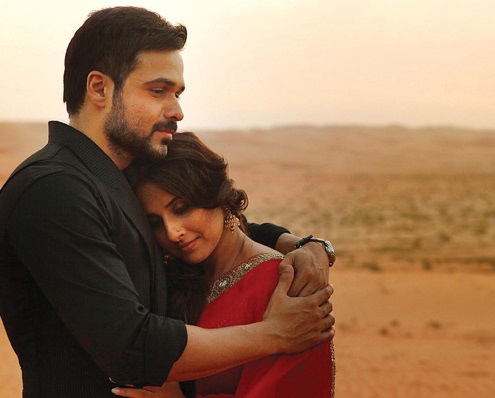 This kahaani was certainly adhuri! Humari Adhuri Kahaani has bombed at the box office. To make things complete and to ensure that the movie doesnâ€™t crush the producers under the weight of its corpse, Mohit Suri has stacked several plans up his sleeve.

â€œThe UP government has made our film tax free because the core theme of our film passionately raises the issue of womenâ€™s empowerment,â€ Mahesh Bhatt, who has written the love story, said.

The film which hit the screens on June 12, has been produced by Vishesh Films, and marketed and distributed by Fox Star Studios. Mohit Suriâ€™s directorial film has so far made Rs.22.47 crore in India and $1.2 million overseas.

The emotion which the movie was depicting was not appropriate and couldnâ€™t reach the common mass; some of the dialogues from the movie were so cheesy that one could laugh it off.

Although the movie had some promising actors like Imraan Hashmi, Vidya Balan and Rajkumar Rao in the lead, the movie failed to impress the movie goers as well as BO collections and the film was not critically acclaimed either.

The film portrays struggle of a middle-class woman in taking on adverse situation and the challenges encouraging the women empowerment. Although the topic was bold but the plotting of the movie was not upto the mark.