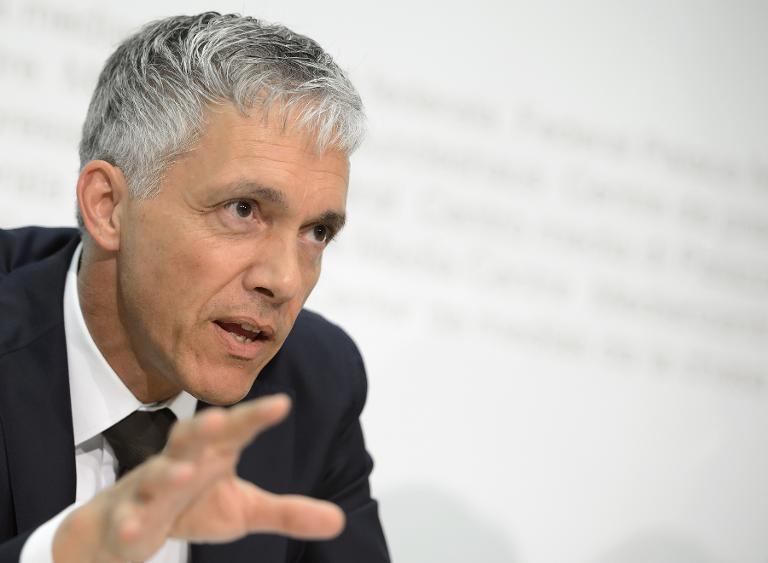 Swiss prosecutors are investigating 53 cases of possible money laundering as they look into FIFA’s handling of bids for the 2018 and 2022 World Cups, officials said Wednesday.

Attorney general Michael Lauber said the “suspicious” cases had been reported by banks and that a “huge and complex” inquiry into football’s world body could take months if not years.

Officials said the 53 are individuals and companies and that each case could involve many more transactions.

“We note positively that banks in Switzerland did fulfil their duties to file suspicious activity reports,” he told a press conference.

Swiss authorities have set up a special task force to look into the World Cup bids — which went to Russia for 2018 and Qatar in 2022.

It is one of two major fraud investigations that have rocked FIFA.

Julius Baer, which the US indictments listed among 26 banks through which the illegal transfers allegedly passed, said Wednesday that it had “launched an internal investigation”.

In a statement sent to AFP, the bank said it was “cooperating with the authorities”.

Lauber meanwhile said he “does not exclude” questioning FIFA boss Sepp Blatter or general secretary Jerome Valcke, although neither is currently under suspicion.

He said nine terrabytes of data had been seized, including at FIFA’s Zurich headquarters and the probe would take time.

“The world of football needs to be patient… By its nature, this investigation will take more than the legendary ’90 minutes’,” that a football match takes, said Lauber, who has just been re-elected for a four-year mandate.

Jenny Durkan, a top US lawyer who has previously served as the state attorney for the western district of Washington, is part of the defence team, a FIFA spokesperson said.

Lauber said he did not feel under pressure with the next World Cup in Russia just three years away.

“I don’t care about the timetable of FIFA, I care about my timetable,” he said in response to a question.

Senior FIFA official Domenico Scala has said there could be a revote for the 2018 and 2022 World Cups if there was evidence of wrongdoing in the bidding process.

FIFA, never far from controversy, is facing its biggest crisis because of the two corruption inquiries. Four days after being elected to a fifth term on May 30, Blatter announced that he would resign.

US authorities have charged 14 people from North and South America accused of involvement in more than $150 million of bribes for football deals.

Seven FIFA officials were detained at a luxury Zurich hotel as part the inquiry on May 27. They are now fighting extradition to the United States.

The European parliament has called on Blatter to quit immediately and allow for an interim leader to launch reforms in the organisation.

But FIFA has repeated that the 79-year-old Swiss will continue in office until a successor is designated, probably by the end of the year.

The FIFA Executive Committee will meet in Zurich on July 20 to fix a date for the congress to elect Blatter’s successor.

The vote will not be before December.

The scandal-plagued body has lost several prestigious partnerships following the scandal, losing the support of key names such as Nobel Peace Centre and Interpol.

The Interpol deal was a 10-year partnership with FIFA worth 20 million euros ($22 million) for its “Integrity in Sport programme.”

High-profile sponsors including Coca-Cola, Adidas, Visa, McDonald’s and Hyundai — have welcomed Blatter’s announcement that he would resign and called for FIFA to embark on serious reforms.

CAF president and FIFA vice president Issa Hayatou said he saw nothing wrong with the payment made before the confederation held a congress in the Angolan capital Luanda in January 2010.

“The Qataris gave it to us to be able to show their plan (for the 2022 World Cup) during the congress.”

Hayatou insisted he had not expected other candidates, including the United States and Australia, to pay for a similar privilege.

“Not necessarily. We didn’t ask Qatar to do it. They proposed it. We did not ban the other candidates from taking part in the presentation,” he was quoted as saying, while also denying that it was a bid to buy African votes.