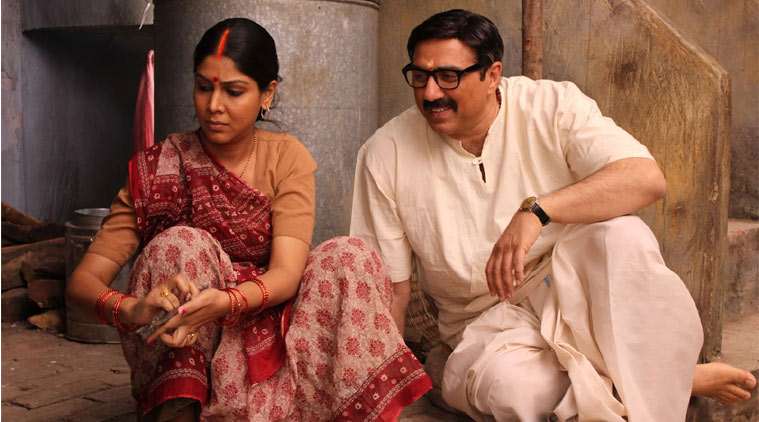 New Delhi: Ever heard a God cussing? No? Sunny Deolâ€™s leaked trailer has exactly what I am talking about!

Cusswords are now establishing themselves firmly in the dictionaries of the entertainment business. Even though the Censor Board has been going hammer and tongs against such words being employed, yet, theyâ€™ve managed to become a trend nevertheless.

Bollywood has always been about people’s cinema. And lately, so has been the language, and sometimes even the titles of Hindi films — juicy and peppered with cuss words or slangs which we hear in our day-to-day life.

The Delhi Belly and Gangs of Wasseypur breed of movies which were full of slangs and cuss words did a commendable job at the BO, as well as were highly acclaimed by the critics.

Even a few months back, we witnessed the controversial AIB roast hosted by Arjun Kapoor, Ranveer Singh and Karan Johar which was also in trouble right after the video was released on YouTube, as few people believed that the language used in the show was vulgar and obscene.

Because of that, an FIR was lodged against all the celebrities who were the part of the show.

However, Sunnyâ€™s film steals the show.

With his much awaited movie Mohalla Assi, Sunny is back in the limelight. The trailer of the film which got recently leaked, shows the bad face of the so called Godly city Banaras.

If the official trailer will be the same as the leaked one, Mohalla Assi would become the film with most number of cuss words, beating Anurag Kashyapâ€™s movies.

Not only Sunny Deol , but actors like Sakshi Tanwar, Ravi Kishan etc are also seen abusing quite casually in the trailer but things go next level when in a scene we get to see Lord Shiva using words like â€˜Ch****yaâ€™ and â€˜Bh****ke,â€™ which have actually created a lot of buzz in the recent days.

Well, for now, we just need to wait and watch whether the Censor Board gives the green signal to this movie or it will become victim of the Boardâ€™s decision.