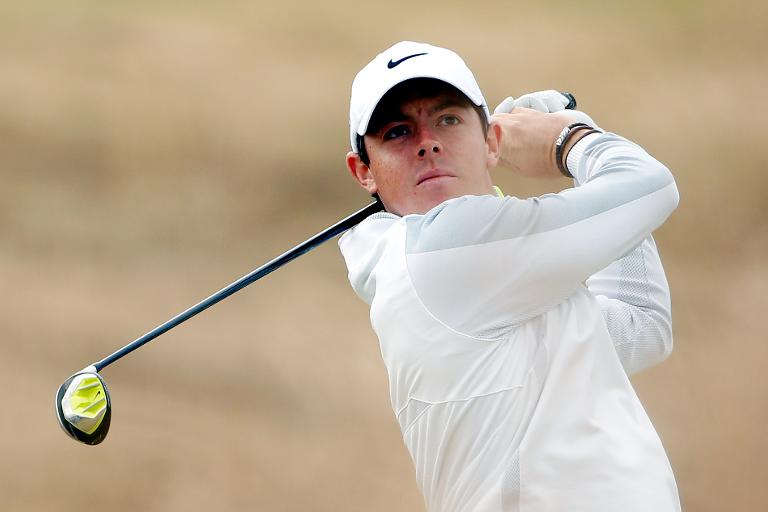 World No. 1 Rory McIlroy got his first taste of what Chambers Bay golf course has to offer Thursday, getting off to a solid start through the first four holes of the 115th US Open.

The four-time major champion started on the 10th tee and was one under through the first four holes after making birdie on No. 11 but it wasn’t all smooth sailing as he found the rough and had to scramble to make par on the treacherous 12th hole.

The crowds for the most part were being kept well away from the players behind ropes far from the fairways and greens and in purpose-built grandstands on the quirky links-style 7,526 foot Chambers Bay course, 50 kilometres (31 miles) southwest of Seattle.

The stands at the par-four 304 yard No. 12 were jammed packed as a loud cheer went up when Kaymer birdied the hole.

It was on the elevated tee at the scenic No. 12 where McIlroy also took time out to take in the breathtaking view of the waters of the Puget Sound.

McIlroy’s opening tee shot Thursday sailed straight down the middle of the fairway and his approach was just as impressive as he landed it on the green about 20 feet uphill from the pin.

He then got his first indication of just how much trouble Chambers Bay can present with a wicked downhill putt to the hole.

His first putt took a little hop but he had a good line and it stopped about six inches from the cup for an easy tap in.

McIlroy hit his approach to about five feet from the flag and then one-putted for his first birdie of the tournament.

His first misstep came on his tee shot at No. 12 which got up over the steep fairway leading to the green, but landed in the rough off to the right side.

His chipped his second shot to the other side of the green but the ball rolled back down the slope to about 15 feet. He then two-putted for a par.

Patrick Reed, who was playing in the group right behind McIlroy, learned on the tee at No. 12 why the players were so nervous about how Chambers Bay was going to play in the opening round.

His tee shot to the green — which is perched on the top of a long narrow steep fairway — landed short of the green and then the ball rolled 30 feet back down the hill.