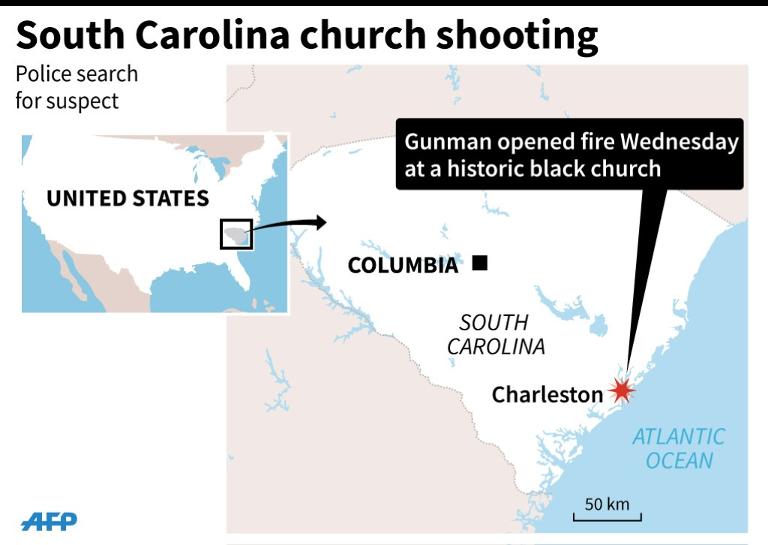 The Charleston police department said the suspect is a clean-shaven white man, aged about 21. As of 11:30 pm (0330 GMT), the suspect was still at large.

The shooting happened at the Emanuel African Methodist Episcopal Church. According to its website, it is the oldest such church in the US south.