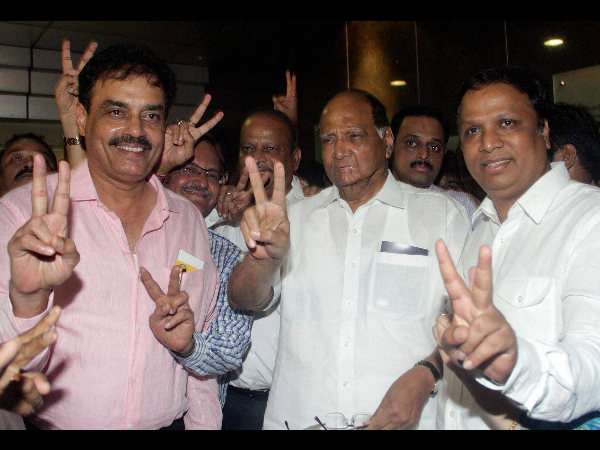 Mumbai: Â NCP supremo Sharad Pawar was re-elected as the President of Mumbai Cricket Association (MCA) after defeating Vijay Patil by a margin of 27 votes at the biennial elections held in Mumbai on Wednesday (June 17). Pawar defeated Patil 172-145 in a straight contest at the highly politicised polls to retain the reins of the association that he headed for 10 years from 2001-2010 and got elected unanimously in 2012.

Pawar’s re-election means a politician remains at the helm of MCA, an association that has produced more than 60 Test cricketers, for more than two decades barring a brief period when Ravi Savant became its president following the untimely demise of then MCA chief Vilasrao Deshmukh. The Pawar-Bal Mahaddalkar panel swept the entire office bearers posts barring the surprise election of Unmesh Khanvilkar as joint secretary from Patil-headed Cricket First Group, along with P V Shetty who retained his post as the second joint secretary.

Sawant was a surprise loser having been the head of the association in the past and was also the former vice-president of the BCCI when N Srinivasan was at the helm. He contested for the joint secretary’s post. Also elected were former India skipper Dilip Vengsarkar as one of the vice-presidents along with another Pawar Mahaddalkar panelist and BJP MLA and party’s Mumbai chief Ashish Shelar. Two other former Test cricketers, Lalchand Rajput and Abey Kuruvilla who contested from Patil’s panel, however, bit the dust.

Kuruvilla contested for the vice-president’s post while Rajput was vying to regain the position of joint secretary that he had occupied in the past. Nitin Dalal, from the Pawar Mahaddalkar panel, was elected as the treasurer after defeating Mayank Khandwala.Â