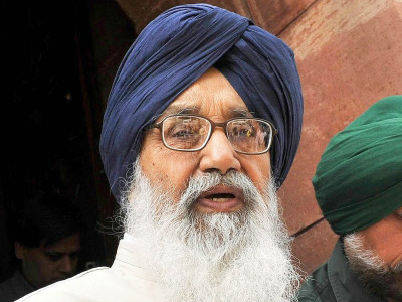 In his inaugural address, the Chief Minister thanked the World Bank (WB) for sanctioning ‘Punjab Rural Water and Sanitation Sector Improvement Project’ to the state.

Badal expressed his gratitude to WB Country Director Onno Ruhl for getting the project sanctioned much before the closure of the international body’s earlier project costingÂ Rs 750 crore, which was slated to be closed on June 30, 2015.

He said that he was confident that with the concerted efforts of the departments of water supply, sanitation, rural development and panchayati raj system, Punjab would set an example by completing this gigantic task within two years, much ahead of the deadline of 2019 fixed by the Union government under Swachh Bharat Abhiyan.

I am delighted to learn that the achievement under the first WB project was 125%, an unprecedented achievement in any development project funded by the World Bank in our country, he noted.

The Chief Minister elaborated that the focus of the new project was to provide a toilet and water connection in all the households within next three years (2015-2018).

Likewise, all the existing rural water supply schemes would be augmented to provide 70 litres per capita per day (LPCD) against the current consumption of 40 LPCD, he said.

Badal said that enhancement of water supply scheme to 70 LPCD would make it technically feasible to release water connections to all households as per demand.

“This in turn would lead to financial sustainability of Rural Water Supply (RWS) schemes and the villagers would have access to minimum 10 hour water supply,” he said.

Badal also sought the help of the WB delegation led by Ruhl, for allowing the state to have an exclusive ‘water supply and sanitation sub-project’ on Design, Build, Operate (DBO) terms for 110 waterlogged villages in Muktsar, Fazilka, Bathinda and Faridkot districts of Malwa Belt.

We also sought the World Bank’s intervention for funding our ongoing tourism and cultural projects to showcase the state’s glorious heritage and rich legacy across the globe.

Responding “positively” to the proposal put forth by Badal, the WB Country Director said he would again come to the state next month to have detailed discussions on these issues and mooted a proposal to constitute joint teams of officers from WB and state government to put these proposals on fast track.