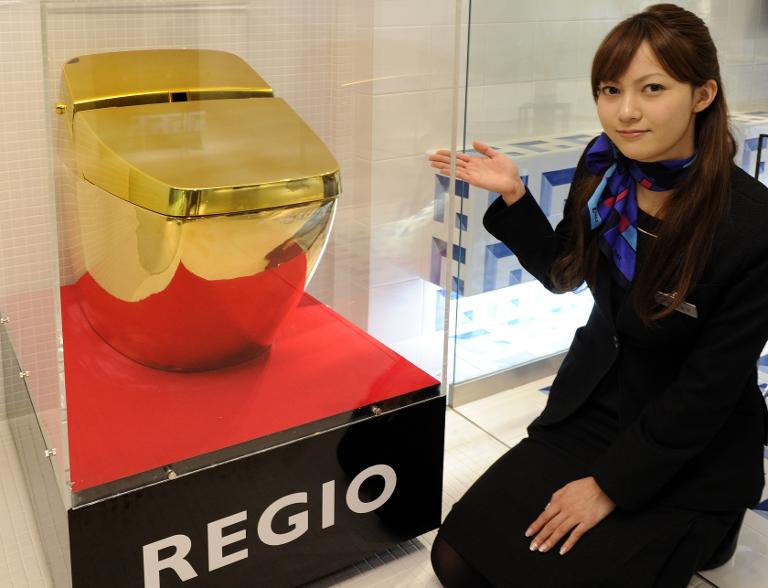 Japan is holding its first ever toilet design contest, with organisers looking for “most comfortable”, “cheapest for the developing world” and “safest for women”.

In a bid to find the nation’s loveliest lavatories, a government panel is seeking applications that prove designers are thinking big about the littlest room.

The initiative comes as Tokyo appears to have grasped the soft-power potential of the country’s high-tech toilets, whose seat warmers and pinpoint bidet jets amaze foreign visitors.

“I hope efforts to make the world’s best restrooms in Japan will spread broadly,” Haruko Arimura, minister in charge of women’s empowerment — who is overseeing the project — said in a recent press conference.

“It is part of our efforts with hospitality for the (2020 Tokyo) Olympic and Paralympic Games,” Arimura said.

A 145-page report on improving quality of life says the drive towards better toilets will “empower women” because by “improving comfort, cleanliness and safety, the quality of work and leisure can improve dramatically”.

The report said restrooms are places where women want to feel secure enough to get changed, brush their teeth, do their make-up, and change their baby’s diapers.

It also noted that toilets are not universally available in some developing nations, and that poorly designed facilities in some places can put users — particularly women — at risk of violence or kidnapping.

A leaflet produced by organisers suggests, for example, that including easy-to-understand pictograms might help non-Japanese people with exactly how to use a toilet.

The flier does not specify which part of using a toilet foreigners might have trouble with.

The competition will be judged by a panel of seven, including architects and an official from the Japan Toilet Association, using five criteria — cleanliness, safety, comfort, novelty/creativity, and sustainability.

Applicants have until the end of the month to submit their designs. Minister Arimura will announce the winners in September.

Toilets in Japan have been raised to something of an art.

Nearly every household and most public restrooms are equipped with a seat that is plugged into the mains electricity.

The bog-standard version simply warms the seat — an under-appreciated luxury among the uninitiated — while top-of-the-range models offer an array of options, including warm water jets, blow-dryers, deoderisers and masking sounds.

Young foreign visitors rave about them, filling social media with pictures of the loos they find in Japan, while a bidet seat to take home is among the first items on Chinese tourists’ shopping lists.