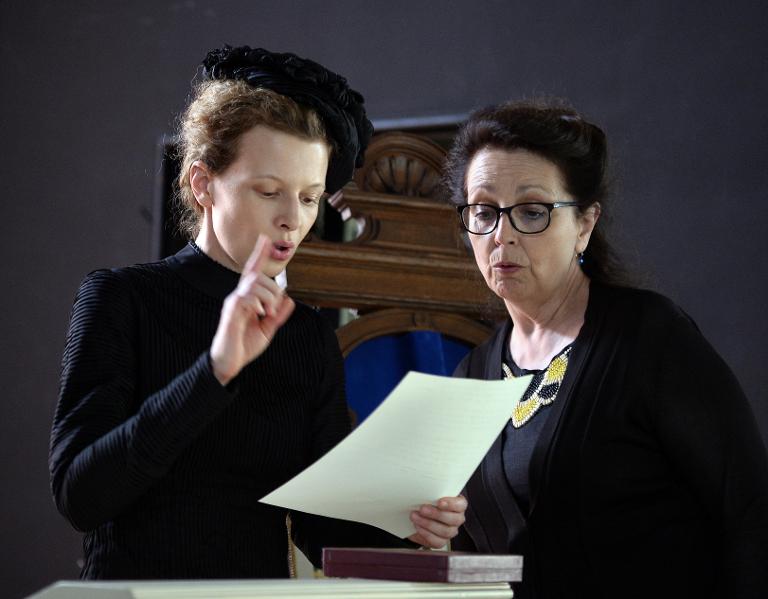 Filming is underway in Poland on a new biopic about the life of Marie Sklodowska-Curie, the first woman ever to win not one, but two, Nobel prizes for her seminal discoveries in physics and chemistry.

The French, German and Polish co-production is the work of post-feminist French director Marie Noelle for whom the Polish-born 20th century scientist has been an inspiration since childhood.

Working in Paris, Curie coined the term “radioactivity” after discovering the elements polonium and radium. In 1903, she became the first-ever woman to win a Nobel for her achievements in physics and she followed up the feat with a Nobel prize in chemistry in 1911.

“Within a space of six years, she gave birth to a child, lost her beloved husband with whom she shared her passion for scientific research and fell in love again (with a married man) sparking a high-profile public scandal, and then she wins another Nobel to top it all off,” Noelle told AFP on location in the central Polish city of Lodz this week.

The role of Marie Curie will be played by 34-year-old Polish actress Karolina Gruszka.

With her upcoming film, whose working title is “Maria Sklodowska-Curie”, the director said she also wanted to draw attention to the fact that over a hundred years later, women are still struggling to break into science.

“In Europe, while we know that girls are better at math there are only 13 percent of women in high-level scientific research,” said Noelle, who studied mathematics before taking up film-making.

The issue was brought into sharp focus last week when British Nobel Prize-winning scientist Tim Hunt was forced to resign from his post at University College London over controversial comments he made about female scientists.

Apologising, he later called himself a “chauvinist pig”.

Hunt shared the 2001 Nobel Prize in Physiology or Medicine for the discovery of protein molecules that control the division of cells.

Internet memes featuring Marie Curie struck back at Hunt’s words with the caption: “I’m really glad that Marie Curie stopped crying and found the time to discover radium and polonium.”

The new film chronicling her life is slated to have its international premiere in February 2016, more than seven decades after the hit 1943 biopic “Madame Curie” starring Greer Garson and Walter Pidgeon.