â€˜Modi must come clean whether he consented to helping Lalitâ€™ | Newsmobile
Friday, August 12, 2022 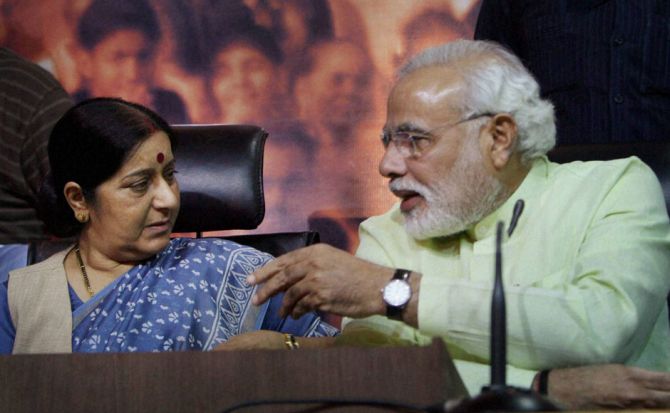 New Delhi: Congress on Thursday attacked Prime Minister Narendra Modi over his “silence” on the Lalitgate, saying he should come out of his ‘meditation’ to answer if Sushma Swaraj and Vasundhara Raje helped scam-tainted former IPL chief Lalit Modi with his consent.

The opposition party stepped up demand for resignation of External Affairs Minister Sushma Swaraj and Rajasthan Chief Minister Vasundhara Raje and claimed that BJP veteran L K Advani too had expressed no confidence in the leadership of the Prime Minister.

He was referring to Advani’s remarks on the possibility of a repeat of Emergency that he “doesn’t have faith in today’s political leadership due to its weaknesses”.

Vadakkan said, “The Prime Minister must answer whether the Chief Minister acted the way she did with his consent.

Whether the External Affairs Minister did what she did with his consent? Are there other people involved, the Prime Minister must come clean. He must come out of his political Vipassana.”

Swaraj has been at the centre of the row for helping Indian “fugitive” Lalit Modi in getting British travel documents, while Raje is accused of pushing for his immigration plea.

On reports of Raje’s son’s business associations with Lalit Modi, Vadakkan claimed that the relations existed for “quite some time” and the matter needs to be investigated.

“Chhota (Lalit) Modi used to run Rajasthan. This is a reality. If Chhota Modi was running Rajasthan and now the Bada (Narendra) Modi is at the Centre, it is time that the nation should know what are the realities today,” he added.