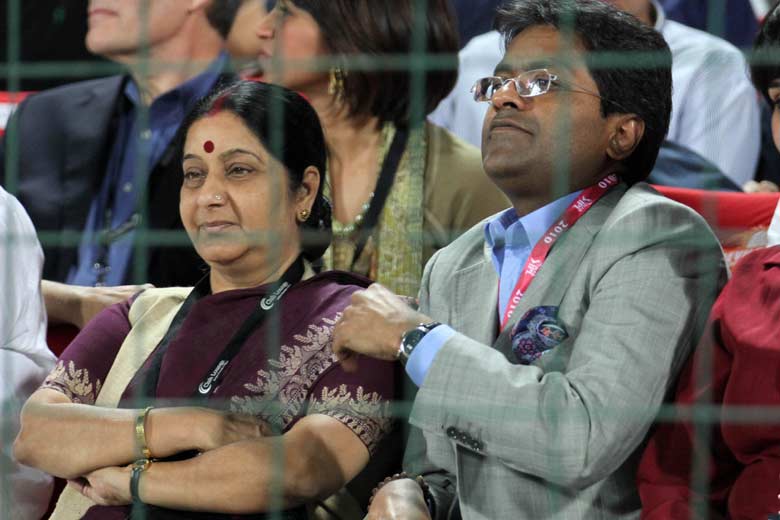 New Delhi: The Lalit Modi-Sushwa Swaraj case is getting murkier with each passing day. Every now and then, a new twist pops up.

Adding a new twist to the tale now, is a dinner at a London hotel where Swaraj allegedly met the former IPL chief. The diner was hosted by a businessman.

Swaraj and Modi were part of a group of 15 people who attended the dinner hosted last October by hotelier Joginder Sanger, owner of the Kensington Hotel where the minister was staying during an official trip for Pravasi Bharatiya Diwas, sources close to her told a leading news channel.

Meanwhile, Rajasthan Chief Minister Vasundhara Raje, who has also been dragged into the row by Lalit Modi, has been asked by the top party leadership not to speak on the matter.

Further, it has reportedly been conveyed to BJP spokespersons by senior party leaders, not to back the embattled Rajasthan CM till all facts are ascertained.

“We stand very firmly. There is no allegation of corruption or any impropriety. The people of India trust us,” Prasad said in a press conference while replying to a question about the Sushma Swaraj-Lalit Modi row.

Reacting on Raje, he said the details would have to be looked into. “Vasundhara ji has spoken slightly yesterday… I am sure she will revert back,” he said, adding: “There was, however, no signature on the documents shown yesterday (Tuesday).”

Modi has claimed that Raje had supported his immigration plea in Britain.

As per documents released by the team of Lalit Modi, Raje had helped the scam-tainted former IPL chief’s immigration in the UK by giving a written statement.Â