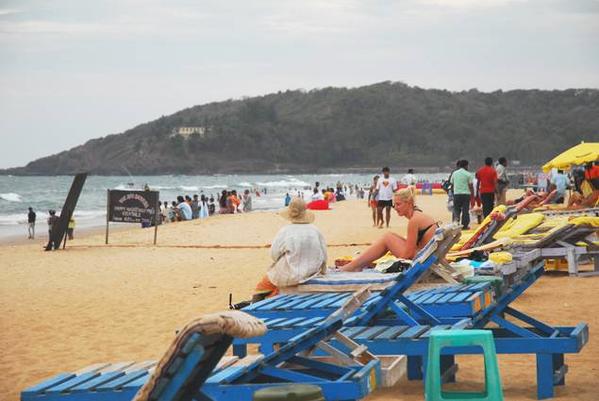 Panaji: The Goa International airport is set to issue E-Tourist Visas (ETVs) to 31 new countries enlisted for this facility granted by the Centre recently, a move that will boost tourism during monsoon.

The existing policy had provided this benefit to 45 countries and with the inclusion of 31 more countries, the facility is now available for citizens from nearly 75 countries, while the Centre plans to extend this to 150 by next year, a press release issued by state tourism department said today.

The airport at Dabolim has already made adequate arrangements for catering to citizens from 75 countries, availing of ETV facility. As on June 8, as many as 16,875 ETVs were issued at the Dabolim airport, it said.

Records indicate that even though the charter season has shown a marginal dip in arrivals, a sizable number has arrived in Goa as FITs, making up for the loss of charter tourists, it added.

The charter arrivals, however, registered an increase from Ukraine (129 flights) followed by Iran (42 flights). The state also witnessed a successful season as far as cruise liners were concerned.

A total of 25 cruise liners anchored at MPT bringing 24,131 tourists from Europe as against 17 last year.

State tourism minister Dilip Parulekar said, “Goa tourism is looking forward to the new season 2015 commencing in September. And new initiatives such as hot air balloon, amphibious vessel and seaplanes will also begin operations and will be a major attraction in the coming season.”