Finn glad to get his own back against New Zealand | Newsmobile
Sunday, June 26, 2022 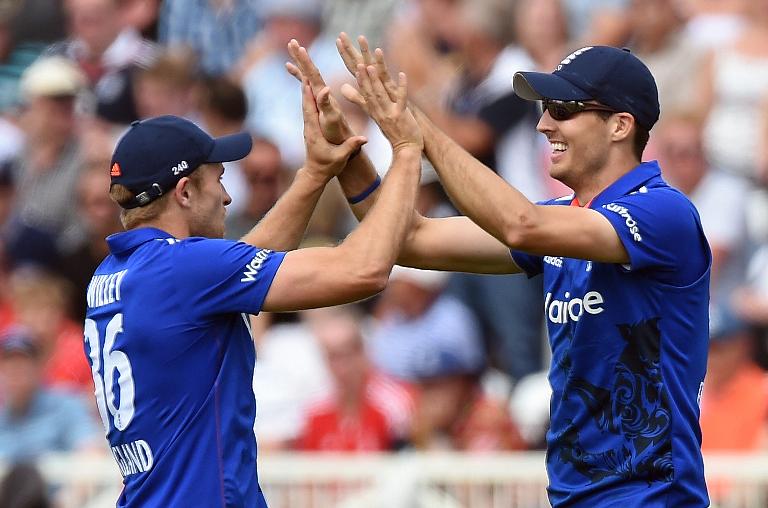 But it was a very different story at Trent Bridge on Wednesday when, against mainly the same group of batsmen, Middlesex quick Finn took one for 51 in 10 overs as England beat World Cup finalists New Zealand by seven wickets to level the five-match one-day international series at 2-2 ahead of Saturday’s finale in Durham.

In a series where a once imposing total of 350 is now seen as a ‘par’ score, Finn’s figures in Nottingham played a key role in paving the way for an England win effectively sealed by a third-wicket stand of 198 between captain Eoin Morgan (113) and Joe Root (106 not out).

“It has changed and it is about accepting that. McCullum hit me over wide long-off for six (on Wednesday)and I thought, ‘that was probably hitting the top of off stump’.

“So you have to walk back and think, ‘fair play, that was a good shot’.”

Finn, a veteran of 61 ODIs, added: “It’s exciting to be a part of — but yes, when you get whacked around the park, you don’t quite enjoy it as much.

“You almost have to accept you’re going to be hit for boundaries.

“It’s just trying to make sure they are playing good shots to get their boundaries, and they are not hitting bad balls.”

The transformation in a revamped England side’s white-ball fortunes has delighted and stunned their fans in equal measure.

Finn, one of four England survivors from the Wellington debacle who played at Trent Bridge — the others were his Middlesex team-mate Morgan, Root and wicket-keeper Jos Buttler — said the side were now making good on their bold words at the World Cup.

“We talked about what we wanted to do in the World Cup,” he said.

“We sat in front of you guys and said we wanted to play with freedom, smiles on our faces.

“So it’s great that four games in a row now, win or lose, we’ve played with that attitude,” he added after England completed their highest successful ODI run chase.

The match was a personal triumph for England one-day skipper Morgan, who has now scored four successive fifties after struggling for runs at the World Cup.

Finn, who grew up alongside former Ireland left-hander Morgan at Middlesex, said: “The World Cup would have hurt him being the captain and a proud man.

“He is in the form of his life — I’ve never seen him hit a cricket ball like he is in the last few weeks.

“It’s great to be playing underneath him, brilliant.”

The 6ft 7in (two metres) tall paceman won the last of his 23 Test caps at home to Australia two years ago.

But problems caused by his habit of knocking the bails off at the bowler’s end in delivery stride and disagreements between coaches about the length of his run-up then sidelined him from England duty.

Things got so bad, Finn was deemed “unselectable” and sent home early from the 2013/14 Ashes tour of Australia — where England suffered a humiliating 5-0 series defeat in his absence.

“It is the pinnacle of what you can achieve as an England cricketer … but at the moment I’m opening the bowling in the one-day team and really enjoying that challenge.”