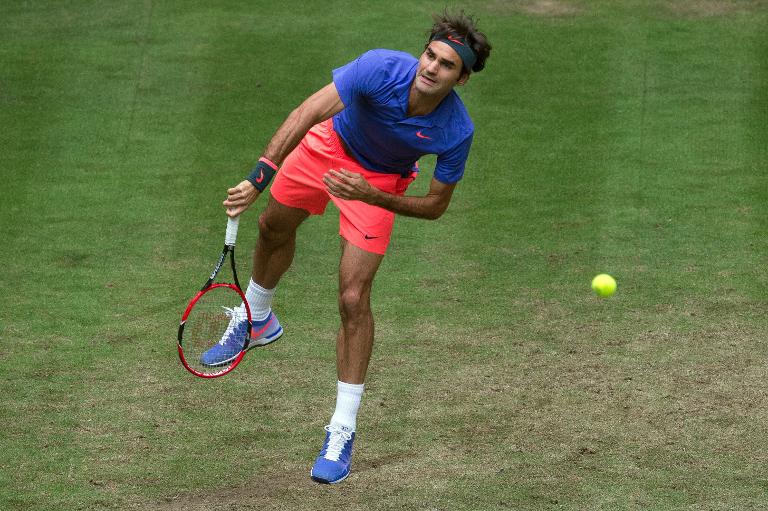 Roger Federer kept his chances of an eighth title at Halle on track when he overpowered Latvian Ernests Gulbis 6-3, 7-5 on Wednesday to breeze into the quarter-finals.

The 33-year-old, 17-time Grand Slam winner was pushed to three sets in the previous round by Philipp Kohlschreiber but had fewer problems with Gulbis.

Federer joked that he was in better form than world number one Novak Djokovic — the man he lost against in last year’s Wimbledon final.

“Yes, because I’ve won two matches on grass and he hasn’t won any yet,” said the Swiss in reference to Djokovic’s decision not to play a grass-court event before Wimbledon.

“Kidding aside, yes, I hope to be competitive. I hope I’m going to be in good shape. I hope we play against each other (at Wimbledon).

“That probably means we are in the final both of us and we’re both equally pleased with the tournament. But we know how long that road is to get there. I think our games both work very well on grass.

Defending champion Federer has reached the final of the last nine editions of the grasscourt Wimbledon tune-up, winning seven.

The Swiss star took advantage of one of his two break opportunities to snatch the first set against Gulbis, who knocked him out of the 2014 French Open, and never looked back as he broke for 6-5 in the second to set up a winning chance.

He closed out the match in style as he improved his record for the season to 30 wins against six defeats.

Federer has won 85 tournaments in his career including three this season at Brisbane, Dubai and Istanbul.