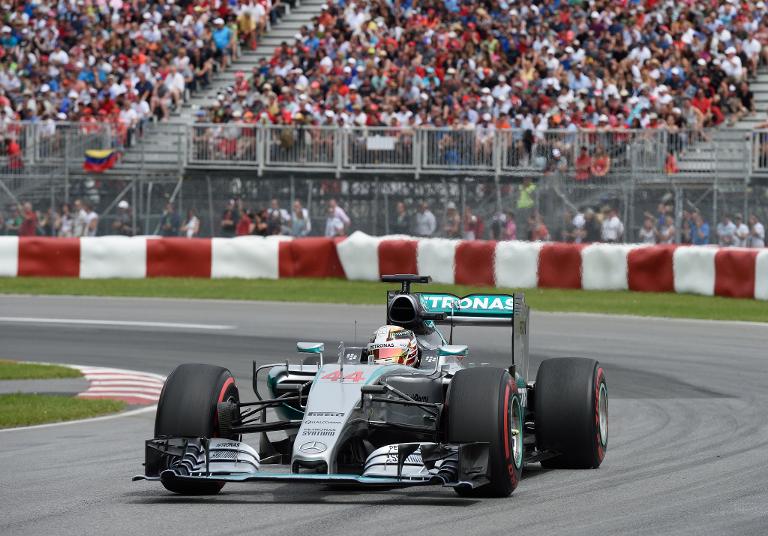 Fresh from his ‘bounce-back’ win at the Canadian Grand Prix, defending champion and series leader Lewis Hamilton has a chance to continue his triumphant â€“ and record-breaking â€“ form at this weekend’s Austrian Grand Prix.

The two-time champion can, on Sunday, equal a 45-year-old record set by fellow-Briton Jackie Stewart if he leads the 71-laps race to be held at the Red Bull Ring amid the forests and valleys of the Styrian Alps.

Hamilton’s win for Mercedes at Montreal represented the 16th consecutive race that he has led, dating back to last year’s Hungarian Grand Prix.

One more and he draws level with three-time champion Stewart who reeled off 17 in succession from 1968 to 1971.

His Canadian success also enabled him to erase memories of the Mercedes’ team’s Monaco mistake and restore his lead in the championship this year to 17 points ahead of Mercedes team-mate German Nico Rosberg, the pair delivering a 20th one-two finish for the modern ‘Silver Arrows’ team.

Rosberg won the Austrian contest last year, with Hamilton second ahead of the two Williams cars of Finn Valtteri Bottas and Brazilian Felipe Massa, who started from pole, and the British team hope that a heavily-updated car can carry them to a similar result this weekend.

Hamilton, however, remains the man to beat as he drives and races with an incomparable elan and cool.

Following Montreal, where he enlarged his career total of laps led in Formula One to 2,143, the 30-year-old Englishman has passed compatriot 1992 champion Nigel Mansell in the record books.

In such form, it is no wonder Hamilton relishes each race and admitted he is ‘much happier’ with his car this year. Four wins out of seven races reflect that feeling.

“Generally, I think I’m much happier in this car this year than I was even in last year’s car,” he said. “I don’t know why. I just feel more comfortable in this oneâ€¦

“It has taken some time to work with this new team and really mould this car, in terms of braking and everything, into what I need and it’s working well now. I think I’m faster this year, too, which is a good thing for me.”

Hamilton may start as favourite for a fifth win this year, but Massa intends to show that Williams are set to challenge again.

Hamilton is set for record-making bid for victory in Austria.