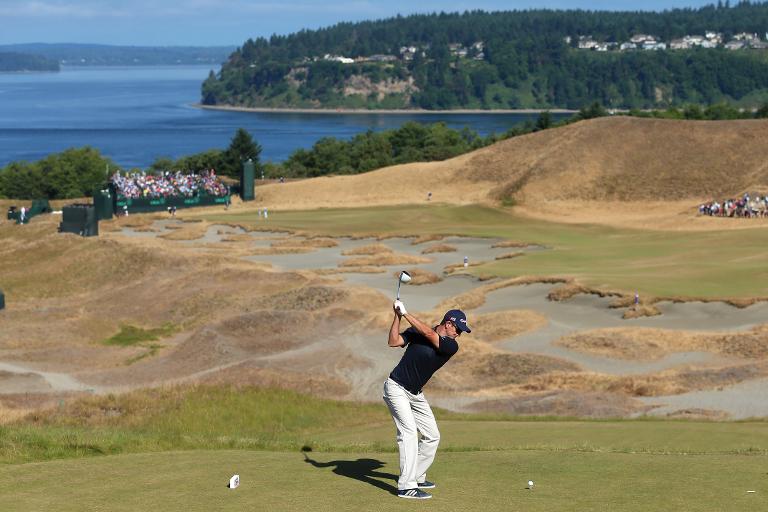 Justin Rose says he is entering the peak of his career and the upward climb he has been on lately has him hopeful of claiming his second major title at this week’s 115th US Open.

“I’m doing all the right things, it’s just a matter of everything lining up again in one week,” said Rose.

Rose, who was born in Johannesburg but grew up in England, broke through to win the 2013 US Open at Merion Golf club for his first major title.

He has won a PGA Tour event in each of the past seven seasons and this year claimed the Zurich Classic after tying for second in The Masters.

“I feel like I’ve kicked on from winning my first major, sometimes it’s difficult to live up to that,” he said following Wednesday’s practice round.

“Having won one now gives you more confidence to get it done again.

“There are going to be opportunities to win more, you’ve got to be patient.

“The performance I put in at Augusta would have won many of those championships and I got beat by a better player [Jordan Spieth] on the week.”

Rose, a three time European Ryder Cup team member may be one of the nicest guys on the PGA Tour, but don’t expect him to give an inch to his opponents at the Chambers Bay golf course and that goes for American playing partner Spieth.

Rose will be teeing it up on Thursday in a group with the reigning Masters champ and two-time US Open runner-up Jason Day, of Australia.

“I’ve got to learn his game pretty well,” Rose said of Spieth. “We were paired in Houston, the final rounds of Augusta, two rounds at the Memorial. Pretty fresh in my memory.

Rose introduced himself to the golfing world with a splash at the 1998 British Open when he tied for fourth as a 17-year-old amateur. He capped his round in dramatic fashion by holing out from 50 yards from the rough.

But he persevered, and other than a stretch in 2014 when he battled injuries and early in 2015 when he was low on confidence and fell out of the top 10, he has been, for the most part, on a steady forward progression.

“Since 2010, I feel like I’ve been on a nice upward trend,” said Rose, who now holds 17 international wins, seven of which have come on the USPGA Tour.

Asked Wednesday if he was frustrated because he hadn’t won a major since his first one, Rose said not at all.

“I’m 34. Let’s say the next six to ten years are going to be more of my prime. I think from 30 to 40 I always felt was going to be the time where I was going to have to step up and win a major, to get that done relatively early in that time frame has been great,” he said.

“Let’s call it six years, that’s 20 plus, 24 majors that are going to come around. I feel like if I just keep doing what I’m doing, that’s going to throw up quite a few opportunities.”

Europeans now have captured four of the past five US Opens, a reversal from the 40-year drought between Tony Jacklin’s victory in 1970 and Graeme McDowell in 2010.

Rose’s share of 12th last year made him just the fourth US Open winner since 1991 to place higher than 30th in his title defense.

He credits the European success to simply having more players in the North American mix.