Home World Dear Air India, when will you learn? 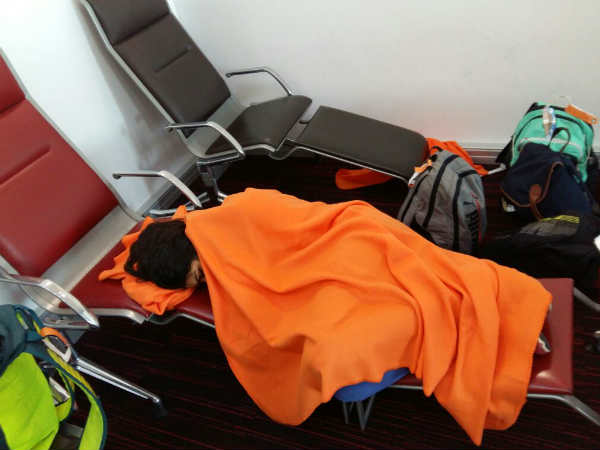 Paris: National carrier, Air India has once again made headlines for the wrong reasons asÂ over 40 Indian school children were forced to spend the night sleeping on the floor at the Paris airport after their flight to New Delhi was delayed due to unknown technical reasons.Â

The incident comes days after Air India came into limelight after it served lizard in food packet.Â

According to reports, Air India Flight AI 142 was scheduled to take off from Paris on June 16, 2015 at 10.00 PM; however, it was delayed due some unexplained technical reasons. The flight was supposed to fly back over 40 school children who had been on a tour to Europe.

As per general rule, Air India should have arranged for an alternative stay for the children belonging to KR Mangalam World School, but, the students were forced to sleep on the floor. They were not even provided food or drinking water during their ordeal.

None of the Air India official stood up for the students. Neither Air India nor Civil Aviation Minister Ashok Gajapathi Raju has responded to the issue.