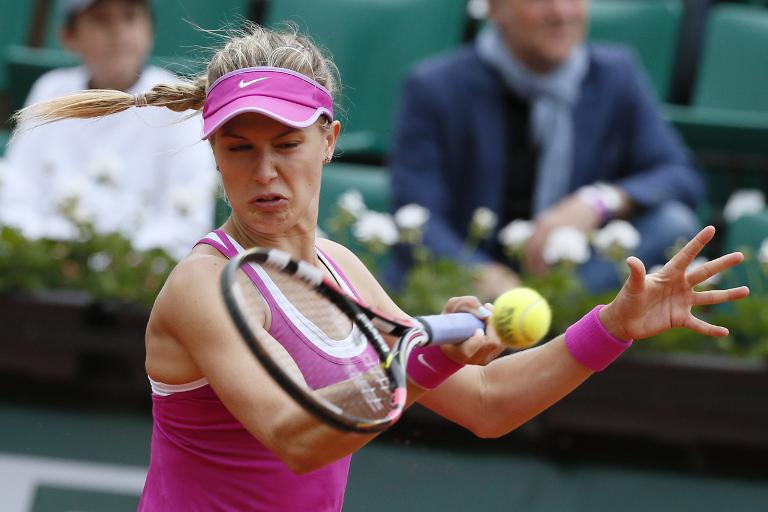 Eugenie Bouchard slumped to a seventh opening round loss in nine tournaments on Wednesday, casting a major doubt over her ability to repeat last year’s run to the Wimbledon final.

Bouchard, whose skill and charm wowed the crowds as she went all the way to the final at the worldâ€™s oldest tournament last year, was shoved towards a miserable exit at the Birmingham WTA tournament by Kristina Mladenovic.

The world number 43 from France had also overcome Bouchard in straight sets at the French Open three weeks ago.

â€œI was trying to be more aggressive than I’ve been in the past, so I felt I did that okay in the first and second set,â€ Bouchard said.

â€œThen I don’t know what happened in the third.â€

Asked whether she could elaborate on that, the Canadian only emphasised it, saying: â€œI really donâ€™t know what happened in that set.”

She was slightly more forthcoming when asked how she would describe her feelings, replying: â€œEvery negative adjective you could think of, I would use that. Just very, very frustrated.â€

When asked whether her frustration had caused her to lose her cool during the match, Bouchard was briefly rescued by a sense of humour.

â€œThey told us if we smacked our racquets on the court we would get a huge fine, so perhaps that’s why I tried to keep my cool,â€ she said.

Though six other seeds have so far also failed to make the transition in Birmingham to grass — a surface on which all players play only briefly, and many find difficult — it was hard for Bouchard to find explanations.

Unlike some players she has at least played one grass court tournament already -â€“ at den Bosch in The Netherlands -â€“ and as for the annoying 50-minute rain delay mid-match, this helped her regroup, she admitted, helping her to purloin the second set.

It might perhaps be possible to point to rhythm and timing on this different surface as especially being in need of attention.

However there is no escaping a feeling, after only three wins all year, that her problems may now require psychological as well as technical repairs.

Bouchard will now to attempt to do that before competing on the grass at Eastbourne next week.

â€œI’m losing first round every week, so I have a whole week to prepare. It’s a pretty tiring routine,â€ Bouchard said.

â€œI mean, I don’t know what we’re going to work on. Hopefully stuff that helps me get better.â€

Asked if she might get a lift by thinking of that career-best run to last yearâ€™s Wimbledon final, she replied: â€œHasn’t helped me so far, so I don’t know.â€

Then she added: â€œI think forgetting about it is the best thing I can do.â€