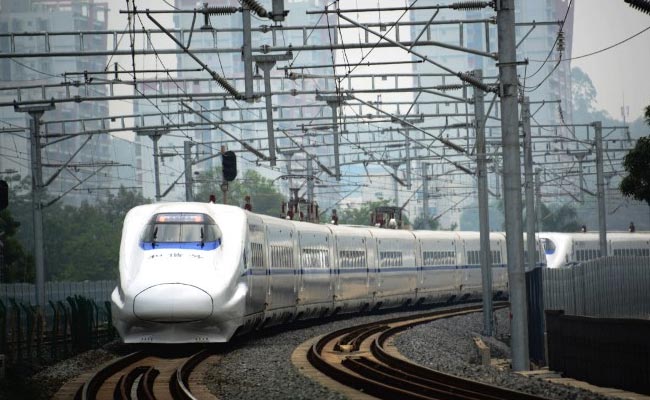 The proposal, which found a mention at the recently held Greater Mekong Subregion (GMS) meet here, seeks to give a boost to the Bangladesh-China-India-Myanmar (BCIM) multi-model corridor project initiated by China.

“We are in favour of it. The high speed corridor would help the economies of Myanmar and Bangladesh as well,” said Li Ji Ming, vice secretary of Yunnan provincial government while indicating funding from multilateral bodies such as Asian Development Bank.

The 2800 kilometer rail route could be a critical component for the BCIM corridor that seeks cross border trade and flow of people.

China has pledged USD 40 billion for the silk route, having a trade potential of USD 132 billion.

China has been endeavouring for a revival of the silk route with a visionary plan to establish wide ranging connectivity from Kunming to Kolkata.

As part of efforts to strengthen connectivity, Ming said Shandong Airlines would start flight services between Kunming and New Delhi from next month.

Currently Kunming, capital of Southwest China’s Yunnan province, is only connected to Kolkata.

“We are glad to know that after Indian Prime Minister Narendra Modi assumed office, the look east policy has substantially moved ahead. We hope we can join our efforts together. We are big partners and influential in the region,” he said.