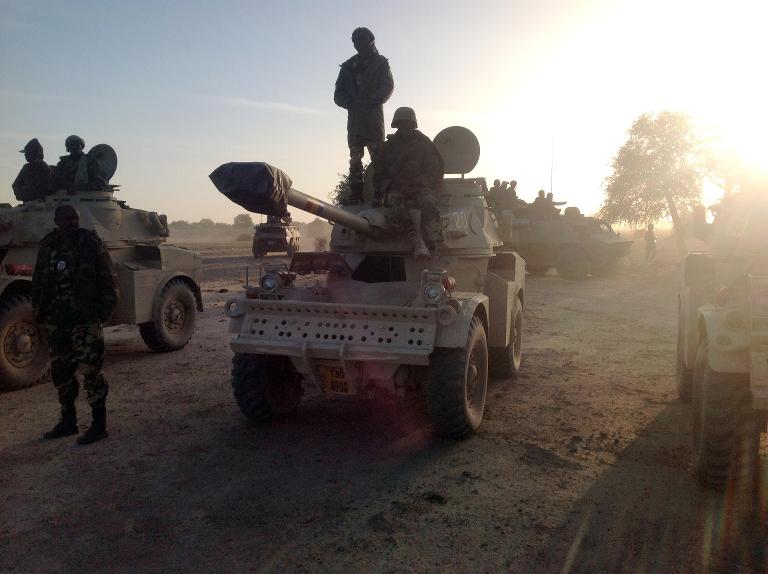 Chad said Thursday its warplanes bombed Boko Haram positions in neighbouring Nigeria to avenge twin suicide bombings in the capital this week blamed on the jihadists.

The government also Wednesday announced it was banning the burqa nationwide in a security clampdown following Monday’s attacks in N’Djamena that left 33 people dead and more than 100 wounded.

Chad’s military vowed it would continue its “merciless” pursuit of the Islamist insurgents “so that no drop of spilt Chadian blood goes unpunished”.

“In response to the cowardly and barbaric acts perpetrated by Boko Haram terrorists… the armed forces carried out reprisal air strikes on the terrorists’ positions in Nigerian territory on Wednesday,” the military said in a statement.

Six Boko Haram bases were destroyed in the air raids, which caused “considerable human and material losses”, it said, without giving further details.

Monday’s attacks on the police headquarters and a police academy in N’Djamena were the first in the capital of the central African country, which has taken a lead role in a regional offensive against the Nigeria-based Boko Haram.

No group has claimed responsibility but Chad and its allies immediately blamed the insurgents, who have carried out a series of bloody attacks in border areas of countries that share a frontier with northeastern Nigeria.

Chad also Wednesday banned the full-face Muslim veil and ordered security forces to seize burqas from markets and burn them.

“Wearing the burqa must stop immediately from today, not only in public places and schools but throughout the whole of the country,” Prime Minister Kalzeube Pahimi Deubet told religious leaders the day before the start of the holy Muslim month of Ramadan.

Any type of clothing that leaves only the eyes visible is a form of “camouflage” and is now banned, he added, asking religious leaders to spread the message in mosques, churches and other holy places.

Deubet said security forces in the Muslim majority country had been instructed to “go into the markets and to seize all the burqas on sale and burn them”.

Anyone found wearing a burqa will be “arrested, tried and sentenced in summary proceedings”, he added.

Boko Haram has used female suicide bombers to launch attacks in the past by hiding explosive devices under their clothes.

Chad’s government on Tuesday declared three days of national mourning for victims of the blasts.

President Idriss Deby said he was “not surprised” Chad has been targeted because of the leading role it is playing in the regional effort to crush Boko Haram fighters.

“I have continually told the government to not drop its guard,” he said, urging the international community to back Chad and its neighbours in their campaign.

Nigeria, Chad, Niger, Benin and Cameroon agreed last week to set up a regional task force of 8,700 soldiers, police officers and civilians, based in N’Djamena.

Security was stepped up in N’Djamena after the bombings, with scores of police and soldiers patrolling the streets and stopping cars for security checks.

Vehicles with tinted windows have been barred from the streets, and the area around the presidential palace and the police headquarters sealed off.

The burqa ban was ordered by a crisis committee set up on Tuesday after the president returned from an African Union summit in South Africa. Prosecutors also arrested several people on the same day.