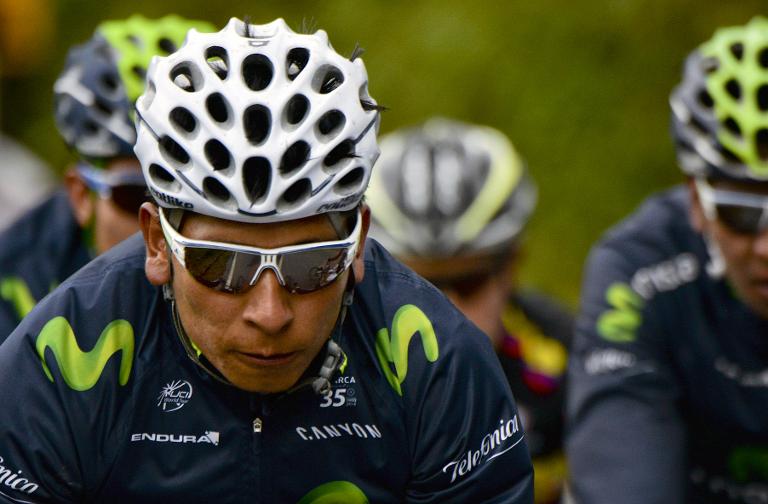 Last year’s Giro d’Italia winner Nairo Quintana says he has been preparing for next month’s Tour de France in tranquility back home in Colombia.

Quintana, 25, will start the Grand Boucle as one of the favourites, alongside champion Vincenzo Nibali, 2013 winner Chris Froome and two-time former champion Alberto Contador, who last month succeeded the Colombian as Giro champion.

Both Quintana and Contador will line up at the four-day Route du Sud, which starts in Auch on Thursday, as their last race before the Tour.

It’s a change from the usual Tour preparation, which sees the favourites tackle either the Criterium du Dauphine — where Froome secured victory on Sunday and Nibali also tested his legs — or the Tour of Switzerland, both week-long races.

“I like this race, you can find your rhythm and it’s not too tough,” said Quintana about the Route du Sud, which he won in 2012.

Contador’s decision to race is perhaps more understandable given he did a three-week Grand Tour last month and certainly doesn’t need to get the kilometres in his legs.

“Alberto showed top form at the Giro… he’ll be in great condition for the Tour,” said Quintana.

Movistar leader Quintana, who was second behind Froome at the 2013 Tour before missing last year’s event as he won the Giro, has spent the last month training back home in Colombia.

“Things are less difficult when you’re with your family. I had a month feeling comfortable, training well in a nice temperature, at altitude — it was good for me.”

Victory at the Route du Sud is expected to be decided between Contador and Quintana on Saturday’s 181km third stage from Izaourt to Luchon with it’s three first category climbs.

“It will be a good test and I’ll see how my body reacts. I hope to race well and entertain the fans,” said Quintana, who is known for starting slowly in three-week Grand Tours, before coming on strongest in the final week.