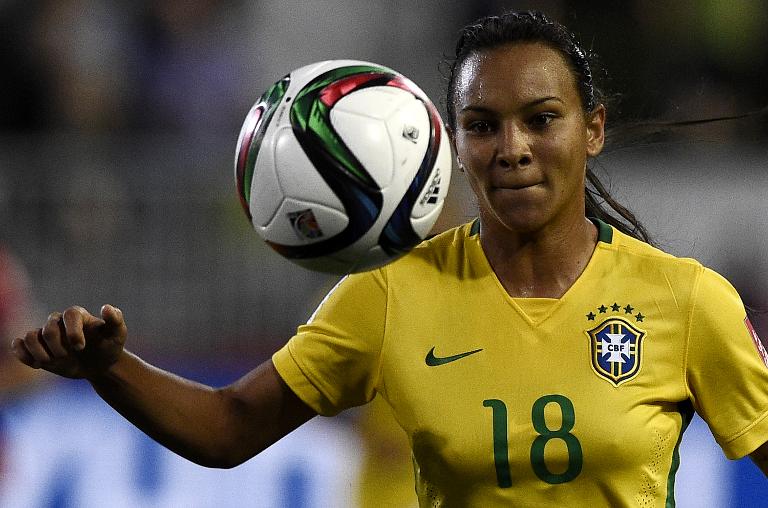 Brazil coach Vadao remains wary his star-studded side will fall into the ‘comfort zone’ after they glided unbeaten to the last 16 of the Women’s World Cup without dropping a goal.

In remaining unbeaten with a 1-0 win over Costa Rica Brazil’s women upstaged their male counterparts on duty at the Copa America, with Neymar and company falling to a 1-0 defeat to Colombia in that tournament in Chile.

Women’s world champions Japan and Brazil, the 2007 runners-up, were the only two teams of 24 to win all three group games, but while the Japanese conceded a goal to Cameroon the South Americans kept a clean sheet.

Vadao left stars Marta, Cristiane and Formiga on the bench for the clash to recover and give other players a run-out as the South Americans were already assured of topping the group.

“We changed the players and were able to achieve our objective with no contest, that gives us more confidence for more difficult games and against Australia on Sunday,” he said.

The two-time Olympic silver-medallists play the 10th-ranked Australians in the last 16 in Moncton on Sunday.

“Brazil have that habit of going to the comfort zone,” said Vadao.

“Do a big game and the next game laid back and we stop playing.

“This is one of the things we have to beware of. It’s very important from a psychological point of view.

“Brazil are pressured because they’re Brazil and all of a sudden they do a good game and they relax and they enter in such a relaxed state the don’t do well.

“It’s characteristic of our football to have a very high self esteem.”

The Brazilians monopolised possession against Costa Rica and could have scored more but for a string of saves from ‘Las Ticas’ goalkeeper Dinnia Diaz.

“One-nil did not reflect the game,” said Brazil’s 20-year-old midfielder Andressina, named player of the match.

“I was happy to play today because I was able to organise and assist the goal and that made me very happy.”

Vadao pointed out: “It was important that the players who had not played before got an opportunity to play. The next game against Australia is against a very competitive and organised team.”

“The way the game was played we didn’t have control of the ball for too long and that made us very tired,” she explained.

“Brazil is number seven in the world, they are a powerhouse. When we had control of the ball we didn’t have the punch to bring it to the goal.”

Vadao said their stars including former five-time world player of the year Marta would be back against Australia.

“Marta wanted to play today, she trained and tried the whole day to convince the technical committee that she could play but she had a slight injury and it was an unnecessary risk.”

But he added: “If Marta doesn’t play Sunday the president of the federation will fire me.”