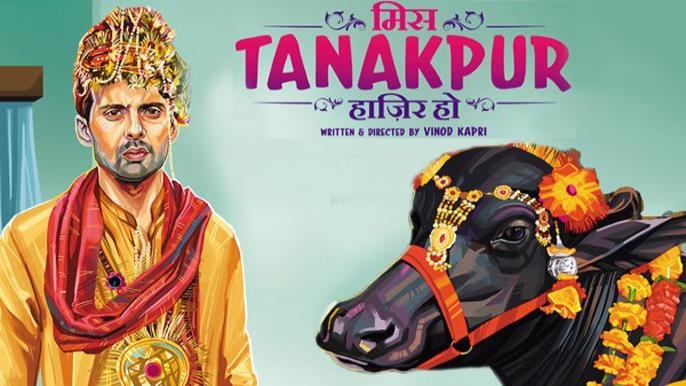 New Delhi:The director of a Hindi film has sought police protection after a council of elders offered a bounty of 51 buffaloes to anyone who beheaded him for ridiculing them in his forthcoming movie.

Vinod Kapri said he became concerned after three men arrived at his studio in Mumbai late on Wednesday, one week after the council in northern Uttar Pradesh offered the bounty.

“Initially I didn’t take it seriously but now I have spoken to the police,” said Mr Kapri, director of upcoming political satire “Miss Tanakpur Haazir Ho”.

The bounty was announced by the elders in Muzaffarnagar following the release of the film’s trailer that pokes fun at village councils called khap panchayats whose rulings have long sparked controversy.

“There’s anger against the movie and its depiction of the khaps. We want a ban on the movie and among many things a bounty of 51 buffaloes was put on his head,” said Raju Ahalawat, a council leader.

The film, to be released on June 26, tells the story of a young man accused of raping a buffalo named Miss Tanakpur by a village strongman, who encourages the council to order his marriage to the buffalo.

Mr Kapri denied the film targets khaps, saying it is a satire on the country’s deficient systems such as corrupt and inefficient police officers and hospitals.

“We have taken cinematic liberty to include other elements including the khap but in real life khaps have ordered the banning of mobile phones, jeans and chowmein,” he said.

Khaps are seen as the social and moral arbiters of village life.

Although they carry no legal weight, khaps can be highly influential and have been blamed for numerous abuses such as the sanctioning of “honour killings” of couples defying tradition.

Branded “kangaroo courts” by critics, they have also been known to hand down public beatings and other punishments for perceived crimes.