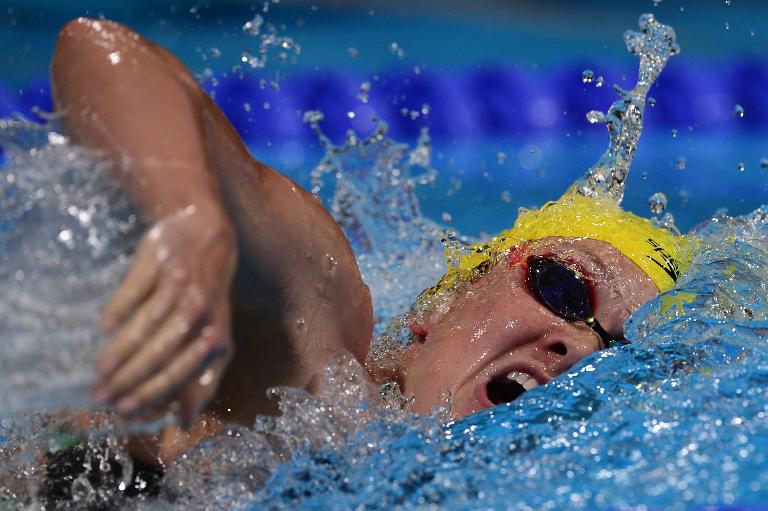 Kylie Palmer has withdrawn from Australia’s team for next month’s world championships in Russia after a positive drug test, Swimming Australia said on Thursday.

The 25-year-old, a Beijing Olympics relay gold medallist in 2008 and a Commonwealth Games champion, has accepted a provisional suspension after testing positive to a banned drug almost two years ago.

Swimming’s world governing body FINA only told Palmer in April about the failed test at the 2013 world championships in Barcelona.

Palmer said in a statement she had been trying to investigate how the positive test arose but it was “a task that is almost impossible given the extraordinary passage of time”.

Recent testing on the B sample provided by Palmer on July 31, 2013 also tested positive to a minute trace of an unnamed prohibited substance. She denied ever knowingly taking a banned substance.

World anti-doping body WADA stepped in after reviewing cases from the 2013 world championships and told FINA to investigate, reports said.

Under confidentiality rules set out in the FINA Doping Control regulations, Swimming Australia was unable to provide any details on the matter at an earlier time.

In a statement on behalf of Palmer, Australian Swimmers’ Association general manager Daniel Kowalski said she had no idea how the banned substance got into her system.

“Kylie categorically denies knowingly taking any prohibited substance in Barcelona in July 2013 or at any time in her career,” Kowalski said.

Palmer now faces a FINA doping tribunal at which she hopes to clear her name.