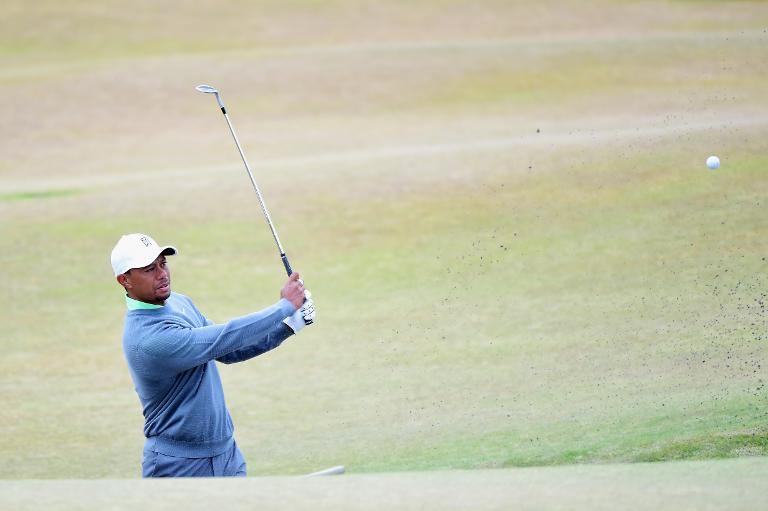 Tiger Woods looked anything but the greatest player of his generation when he shot a career-high 85 at The Memorial, but he says in golf he has learned to accept the good with the bad.

“I just had to deal with it,” said Woods Tuesday as he gets set to tee off in Thursday’s opening round of the 115th US Open. “There’s nobody to pull you up. There’s no one to bail you out.

“Sometimes when you’re running hot, there’s no one to hold you back, either.”

But the 14-time Grand Slam winner has been ice-cold lately, finishing 71st just 10 days ago at The Memorial when he endured his third-round, 13-over-par 85.

Woods, who will turn 40 in December, blamed his struggles on that occasion on a series of swing changes he is implementing with new coach Chris Como.

“Obviously I’ve got to do it in front of the world. I’ve got to suck it up and do it,” he said.

Using a baseball analogy on Tuesday, Woods said the learning curve has been steeper than he anticipated but insists he is finally making progress.

“I’ve made two shifts. I made a shift there after Friday and we were committed to it.

“It is rough going through it. The manager is not going to come out to the mound and bring in the righty or a lefty.

His best finish this year was 17th at The Masters. He has teed it up just five times in the 2015 season, including a missed cut at the Phoenix Open and a withdrawal from the Farmers Insurance Open at Torrey Pines with back problems.

Woods is optimistic about his chances this week at Chambers Bay, near Seattle because he says he played well at The Masters despite not having much success in the two tournaments heading into Augusta.

“As far as going to a major championship, I just did it this year.

“Look how I played at Phoenix and Torrey. I’m sure most people have thought I was crazy to think I could win The Masters. But I really felt like I had a chance. I was very proud of that.”

Woods said he decided not to take time off after his Memorial debacle because unlike in the past, when nothing was going right on the course for him, he feels that these latest changes are going to pay off soon.

“It’s not really anything major,” said Woods, who has won three US Opens with the most recent one coming in 2008 in a playoff over Rocco Mediate. “Still, trying to make a shift under game-time situations is tough, and I am trying not to revert back into old patterns.

“But like I said, the shift isn’t very much. We’ve implemented a lot of the big stuff already, so now it’s just fine tuning.”

On Monday Woods officially fell to 195th in the world rankings and he is 199th place in FedEx Cup playoff points.

His low world ranking means he is not eligible for the WGC-Bridgestone Invitational in August and he needs to improve to 125 or better in order to play in the FedEx playoff events.

On Thursday, he will be in the group just behind reigning Masters champ Jordan Spieth, playing alongside Louis Oosthuizen and Rickie Fowler, who won his first Players Championship title last month.

Woods said links-style Chambers Bay course is unique. Not just because it is the US Open’s first foray into the US Pacific Northwest, but because it boasts some dramatic elevation changes from some of the tee boxes to the greens.

“I’m kind of happy that I’m playing in the afternoon the first day,” Woods said. “That way you get a chance to watch what some of the guys do in the morning to get a feel for it and see what’s going on.”