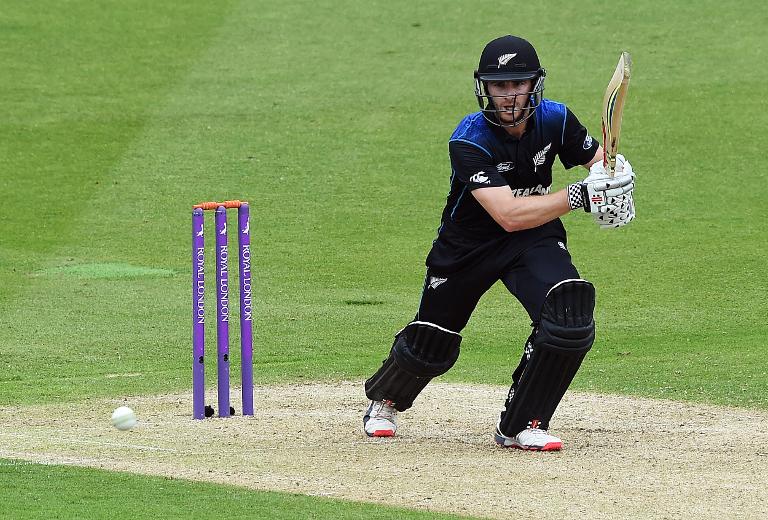 Kane Williamson took a toll of England’s attack for the second match in a row as New Zealand scored 349 for seven in the day/night fourth one-day international at Trent Bridge on Wednesday.

Opener Martin Guptill made 53 and all-rounder Grant Elliott an unbeaten 55 off 52 balls.

New Zealand, after winning the toss, had threatened a huge score at 187 for two off 30 overs.

England fought back well with the ball, fast bowlers Mark Wood (one for 49 in 10 overs) and Steven Finn (one for 51 in 10) returning fine figures.

But Mitchell Santner smashed 44 off just 19 balls, including 28 off one over from leg-spinner Adil Rashid.

England also didn’t help their cause by dropping several catches, albeit a number were difficult chances.

The most England have made batting second to win a one-day international is 306 for five, needing 305, against Pakistan at Karachi in 2000.

Both England and New Zealand were unchanged on Wednesday and, given the general dominance of bat over ball this series, it was no surprise when Blackcaps skipper Brendon McCullum opted to bat first after winning the toss.

Guptill had made 18 when he checked a drive off Finn, who couldn’t hold the low caught-and-bowled chance to his left, despite getting both hands to the ball.

England managed a breakthrough when McCullum, on 35, undone by the bounce trying to cut Wood, was caught behind by Jos Buttler.

England finally saw the back of Guptill for 53 when they held the most difficult of the three chances he gave when Finn, running back from mid-on, made light of an awkward chance over his shoulder after the batsman had been deceived by a Ben Stokes slower ball.

Williamson and Taylor, who made 110 at the Rose Bowl, had shared a stand of 206 on Sunday.

They managed ‘just’ 101 between them on Wednesday with Taylor, deceived by Finn’s slower ball, lbw for 42 as he aimed across the line.

Williamson, who struck Rashid for six, fell for 90 when he drove left-arm paceman David Willey to a leaping Rashid at mid-on.

Rashid, having been struck for four sixes and a four by Santner in the 48th over, conceded just five in the 50th and last over of the innings.