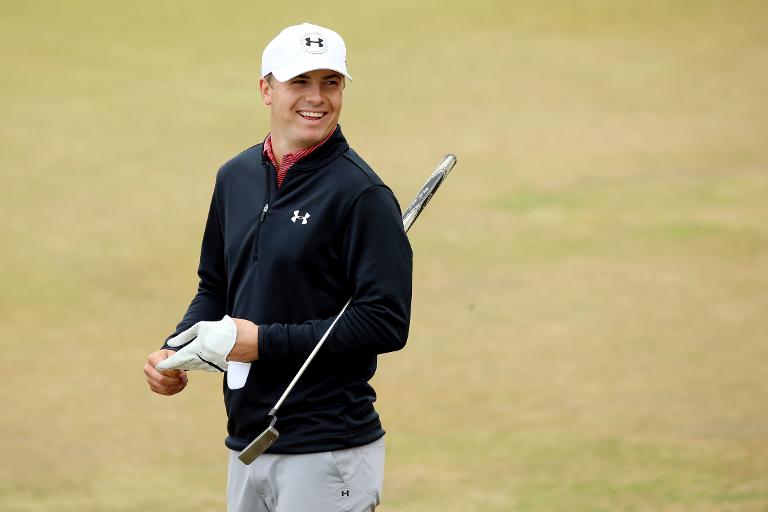 Jordan Spieth will be chasing the second leg of golf’s Grand Slam, but he will have to contend with world No. 1 Rory McIlroy and some legends of the game at the US Open which begins Thursday.

Reigning Masters champion Spieth and McIlroy head up a strong field of 156 that includes the top 60 players in the world squaring off on a course unlike any other that has ever hosted a US Open.

Sprinkle in a few legends of the game like six-time runner up Phil Mickelson and former world number one Tiger Woods on the quirky links-style Chambers Bay course, and you have a US Open that promises to deliver plenty of surprises.

“You are going to see some different things this week than you have probably seen in any other major championship we play,” said Woods on Tuesday after his practice round.

“To win any major you have to be patient. This one in particular because there are so many different variables. Unlike any golf links we play, we don’t have elevation changes like this.

“You are going to get some funky bounces out there. The ball is going to catch slopes. You are going to see some guys hit terrible shots and end up in kicking range from the hole.”

Spieth aims to become the first to sweep the Masters and US Open since Woods achieved it in 2002. The Texan has an ace up his sleeve in caddie Michael Greller, who worked at Chambers Bay before carrying Spieth’s bag on the PGA Tour.

“I feel like if there’s any advantage, it would be towards us with his knowledge of the place,” Spieth said of Greller.

Phil Mickelson, six times an US Open runner-up, will take another crack at adding the final piece to complete a career Grand Slam and Woods is trying to salvage some respect after shooting a career-high 85 in his most recent outing at The Memorial.

Europeans now have captured four of the past five US Opens, a switch from the 40-year drought between Tony Jacklinâ€™s win in 1970 and Graeme McDowell triumph in 2010.

Spieth, 21, has played 16 PGA Tour events this season and along with his two victories he has three runner-ups and nine top ten finishes.

That might be music to the ears of McIlroy as he is the reigning British Open champion and is coming off a victory at the Wells Fargo event in his last US outing in May.

McIlroy has played seven US PGA Tour events this season, winning two of his last three, but he missed the cut at his last event in the European PGA Championship at Wentworth.

Sandwiched between his wins at the Wells Fargo and the WGC-Cadillac Match Play is a tie for eighth at The Players Championship. He has had five top 10 finishes and missed one cut at The Honda Classic.

Like most of the field, he looking forward to seeing what Chambers Bay, located 50 kilometres (31 miles) southwest of Seattle, will deliver.

“It’s hugely important, a chance to win a second US Open and the fifth major,” McIlroy said.

Woods will need all the extra practice time he can get in this week after shooting a 13-over par 85 at The Memorial just 10 days ago.

But he is optimistic about his chances because he played well at the 2015 Masters despite not having much success in his previous two tournaments heading into Augusta.

“I’m sure most people thought I was crazy to think I could win The Masters. But I really felt like I had a chance,” Woods said.